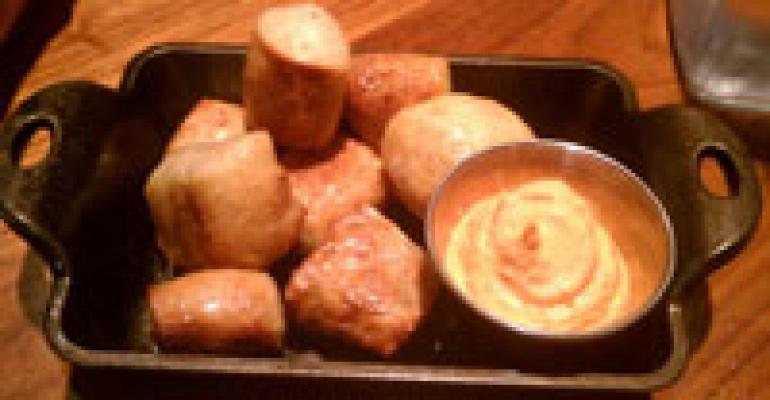 Chef–partner Michael Leviton found that these smaller, faster-cooking pretzels from the now-closed Boston restaurant Persephone, where he was previously chef, fit better on the menu at Area Four, which has higher volumes and a lower price point.

He makes a standard pretzel dough, rolls it out, cuts it into tater-tot sized nuggets, brushes it with egg wash and sprinkles it with salt and finely ground bacon.

He bakes it in a wood-burning oven in advance, then re-seasons and reheats it at service.

He serves it with a pimiento cheese dip that combines roasted red peppers, cream cheese, aged Cheddar, mayonnaise, cayenne pepper and, to add his own twist on this classic Southern recipe, Aleppo pepper.

“It was in the larder and adds a different level of nuance than just going with straight cayenne,” he said of the Aleppo.