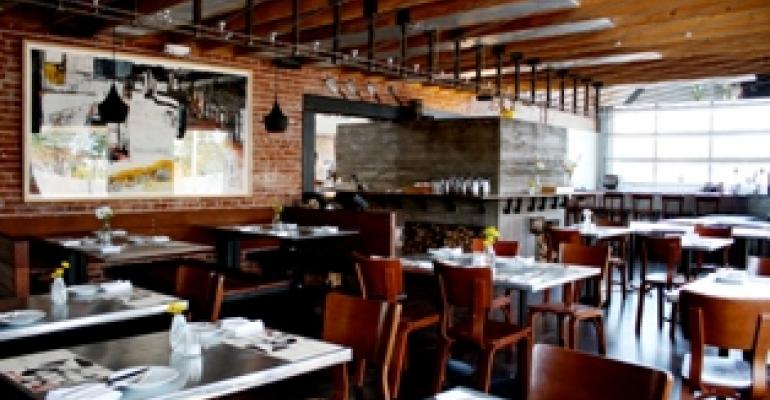 Consumers up the ante on healthful dishes

This is a special report brought to you by Mars Foodservice – Uncle Ben’s.

Something is clicking in the consumer mind these days, some restaurant operators say.

“We are at a historic crossroads right now,” said Peter Reinhart, a baking instructor at Johnson & Wales University in Charlotte, N.C. and a partner in Pie Town, that city’s first artisanal pizza restaurant. “You no longer have to persuade people to consider healthy options. A lot of things that used to be considered alternative nutritional information are no longer the stepchild of the culinary world.”

Reinhart said he sees more chefs building menus with healthful ingredient, serving quinoa and brown rice as side dishes and substituting whole-grain flours for white flours in pizza dough, bread and pasta. “The substitutions are not that difficult to make and the public is embracing it in a way that we haven’t seen before,” Reinhart said.

For example, at Pie Town, patrons have a choice of classic white-flour pizza dough for their crust or dough that is a blend of 12 whole grains. “I’m happy to say we’re selling almost an equal amount, probably 55 percent classic to 45 percent whole grain,” said Reinhart.

Reinhart cited white-wheat flour and superfine-milled flour as products rising in popularity in baking because their lighter color and texture are helping to make whole-grain baked goods more acceptable to consumers.

At Naked Pizza in New Orleans, a single-unit carryout-and-delivery concept with national franchising ambitions, co-founder Jeff Leach sees a bright future for his brand of healthier pizza. “This is the first functional fast food in the world as far as we know, and an opportunity for the fast-food industry to re-brand itself as part of the solution and not part of the problem,” he said.

One of unique elements is a proprietary pizza crust made with 12 whole grains and seeds. “Each one of those grains or seeds offers a different package of vitamins, minerals, fats, carbohydrates and proteins,” said Leach. “We define health as diversity of nutrients.”

Part of the beneficial effect, Leach said, is helping gastrointestinal microbes flourish, important for overall health and resistance to chronic disease. “We have created a Trojan Horse in our product offering that basically feeds you but also nurtures the entire super-organism of the body,” he said.

At St. Francis, a casual American-cuisine restaurant in Phoenix, chef-owner Aaron Chamberlin sees an increasing number of his patrons ordering healthful fare. “I think more and more people are coming to terms with the idea that we all need to eat healthier,” he said.

Chamberlin said he tries to lighten dishes where possible without sacrificing flavor, using steaming as a cooking method, limiting meat portions to a maximum of eight ounces and incorporating lots of grains and locally grown fresh produce. A couple of lighter favorites are “forbidden” black rice with seven vegetables and salmon with red quinoa. He said he plans to create additional specialties of that ilk with such ingredients as brown rice, peas and lentils.

“We want our customers to feel good when they leave after dinner, good enough to go dancing if they wish,” said Chambelin.