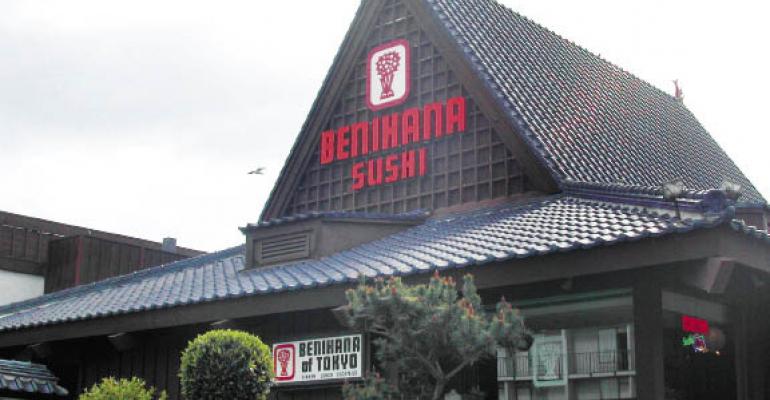 With capital still hard to come by and sales stagnating at many dining chains, a growing number of restaurant companies are reviewing the alternatives to business as usual.

The process, which can take months to complete, is typically thought of as a precursor to a sale — but it doesn’t have to be.

“A lot of the time, it’s just code that we’re looking for someone to buy us,” said Robert Weible, a partner at law firm Baker Hostetler. Weible served as the legal representative for the special committee of Wendy’s board of directors during the burger chain’s sale to Triarc Cos. Inc. in 2008. “But it also could signal a true review of a lot of options,” he said.

Those options could include acquiring another business — a step taken by IHOP in its 2008 acquisition of the Applebee’s chain — or converting franchised locations into company-operated stores.

The road taken frequently depends on the state of a company’s financial statements, shareholders’ happiness with the company’s performance and whether a buyer is waiting in the wings.

For Benihana, plans for expansion also have become a factor. Earlier this month, Benihana’s chief executive, Richard Stockinger, said in a statement, “Several large shareholders have expressed disagreement with the board and have indicated a desire to seek board membership to pursue a change in the company’s strategic direction.”

Stockinger added that the company also was taking the step in order to access more capital to expand.

“Growth would be predicated on raising additional capital, and the company is reluctant to issue new equity at current price levels,” he said.

Weible, the head of the Baker Hostetler securities and corporate governance practice team, said a company’s financial performance could also push management to look to a sale in order to raise cash.

“You’ve got declining financial performance, and that decline is such that you don’t have good options for simply raising money on a standalone basis — it would be too expensive for you to issue stock or borrow money to solve the problem,” he said.

A sale could be even more enticing, he added, if a potential buyer offers a high premium over the company’s current trading value.

With so many deals being made in the restaurant space in recent months, that scenario isn’t so far-fetched. Restaurant companies with falling stock prices and sliding sales may offer a private-equity firm a good value.

After a year or more of little to no activity, private-equity deals have suddenly become far more common in the restaurant space since the year began. Most recently, shareholders at CKE Restaurants Inc., which owns the Carl’s Jr. and Hardee’s fast-food chains, approved the company’s sale to Apollo Global Management LLC earlier this month. Private-equity firm Mill Road Capital L.P. purchased Rubio’s Fresh Mexican Grill in May after Rubio’s completed a seven-month review of its strategic options. Roark Capital Group, meanwhile, bought the Wingstop chicken wing chain in April.

Stifel Nicolaus analyst Steve West said the activity could be leading chains to float a potential sale to see if a bidder bites.

“What they’re trying to do is signal to investors that there’s inherent value here,” West said. “They see some of this activist activity and are looking at a lagging stock price and they say, ‘You know what? Maybe we can do this better’” by putting the company up for sale.

After California Pizza Kitchen announced in April it was exploring its strategic options, Wall Street analysts speculated the company was looking to make a sale. RBC Capital Markets analyst Larry Miller wrote in a note to investors that month that California Pizza Kitchen was likely “testing the waters to see if they can get an acceptable bid.” In June CPK officials said the exploration process was continuing, and no further comments were expected until a course of action was chosen.

Certainly not every exploration leads to a sale. Companies with franchised locations have other alternatives to raise capital, including selling company-owned stores to a franchisee. DineEquity Inc., for example, announced recently it planned to sell 63 of its Applebee’s corporate locations to its largest franchisee, Apple American LLC, for $32 million. The company, which also owns the IHOP chain, said the deal would allow it to pay down debt.

DineEquity has been refranchising its Applebee’s chain since 2007 when IHOP Corp. said it would buy the Applebee’s brand and rename the resulting company DineEquity. IHOP’s acquisition came about five months after Applebee’s announced it was exploring its options. IHOP, in turn, had been looking to enhance shareholder value for the prior year and a half.

The Applebee’s review coincided with the start of sliding same-store sales at casual-dining companies as consumers began cutting back on eating out. The company also had recently turned over a stake and two board seats to activist shareholder Breeden Capital. Its founder, Richard Breeden, had been pressuring the company to improve its operations.

A review also can lead a company right back where it started. In April of last year, Cosi Inc. said it was ending its nearly six-month review of strategic options and sticking with the same business plan.