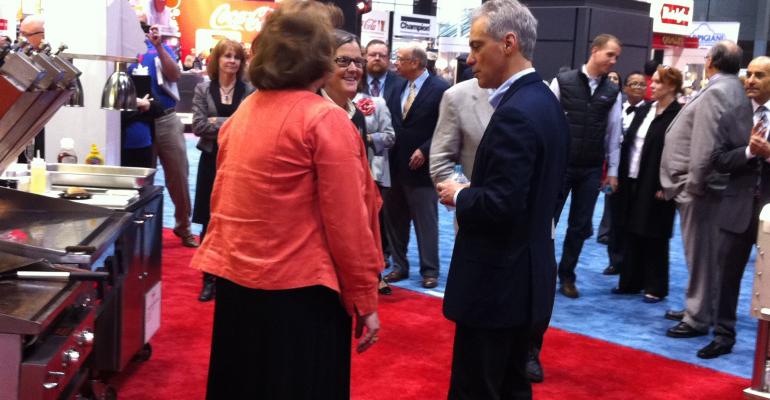 This is part of NRN’s special coverage of the 2012 NRA Show. The show is held in Chicago, May 5-8. Follow all coverage on NRN’s ‘At the Show’ section, check out NRN blogs, Reporter’s Notebook, and Tweet with us using #NRNatNRA.

Chicago Mayor Rahm Emanuel was among the first-day attendees Saturday as the 93rd National Restaurant Association show opened in Chicago, and I ran across his entourage at the entrance to one of the two massive halls.

Emanuel caromed from booth to booth, greeting show exhibitors like old friends. He moved so fast, in fact, that it was difficult not to get a blurred picture of him.

I did happen to catch him still long enough to get a snap while he talked with Eliza Keating, president of Keating of Chicago Inc.