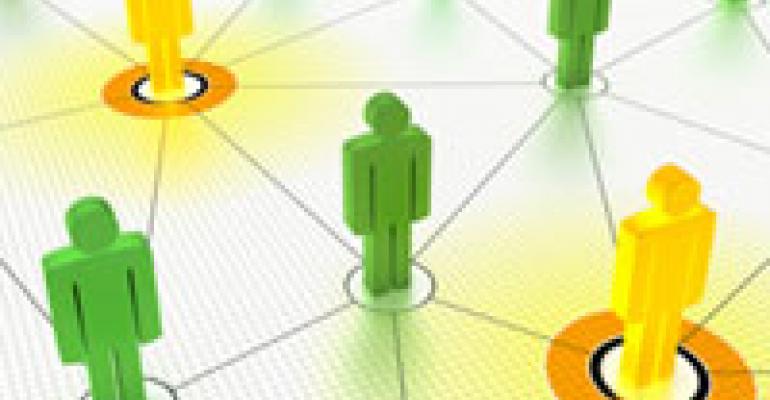 Four foodservice brands are among the first 20 or so businesses to sign up for Facebook Deals, a service that enables marketers to reward Facebook users who “check in” at restaurant and retail outlets using the Places feature from their mobile phones.

Alamo Drafthouse Cinema, Chipotle Mexican Grill, McDonald’s and Starbucks Coffee will be able to access Facebook’s hundreds of millions of users and push out offers or perks to customers who are physically in their restaurants or near by.

At the same time, the new Deals functions would let Facebook get even more localized with its merchant partners and compete in the location-based social-media game with early movers like Foursquare and GoWalla.

“It’s a massive validation of location-based marketing,” said Reggie Bradford, chief executive of Vitrue, an Atlanta-based social-media marketing and branding firm. “This is a huge sea change in terms of the way location-based services are going to hit critical mass fast. … Three million people are already checking in with Places even before [the launch of] Deals, and about one-third of Facebook’s users use the mobile app.”

The restaurant brands all have different offers available to users checking in to their locations on Deals. Alamo Drafthouse will host a free screening at whichever of its nine restaurant-movie theaters garners the most check-ins in a week, and users will win a commemorative pint glass when they check in.

Chipotle is offering customers a free entrée with the purchase of an entrée and a check-in during the second and third weekends in November.

McDonald’s and Starbucks have both incorporated a philanthropic element to their deals. McDonald’s will donate $1 to Ronald McDonald House Charities with every check-in on Facebook Places, and Starbucks will give $1 to Conservation International.

“It’s too early to tell, but certainly from the point of view of restaurant marketing, Facebook turns from a branding vehicle to a transaction vehicle,” Bradford said.

Chris Arnold, director of communications for Denver-based Chipotle, said the ease of execution — cashiers need only to see a guest’s smart phone to verify a check-in and enter a promo code on the point-of-sale system — was an attraction for the brand. But the bigger enticement was the opportunity to mobilize its huge roster of Facebook fans.

“Really, the bigger draw is we have such a sizable following, more than 1 million fans,” Arnold said. “We’ve looked at doing some location-based social-media promos, and based on our following, we thought this was a good place to test the waters. It’s a new product that Facebook is launching, which always brings added attention to it, and this is a good way to extend the relationship with our fans.”

Arnold said there probably would be ways for restaurants to work with Facebook Deals in conjunction with other location-based sites. Thus far Chipotle hasn’t adopted any other location-based offers. “But it’ll be interesting to see how things shake out as the space gets more crowded,” he said.

It’s too soon to tell how widely Deals gets adopted, Bradford and Arnold said. But Arnold noted that in Chipotle’s case Deals is just one more way Facebook has become an indispensable tool for restaurant brands.

“I don’t know that [Deals] changes a lot,” he said. “We think Facebook is a great way to develop or strengthen relationships, and Deals is a really nice extension of that. Is it something we’ll use on a regular basis? It remains to be seen. But will Facebook continue as a forum for our dialogue with our customers? For sure.”