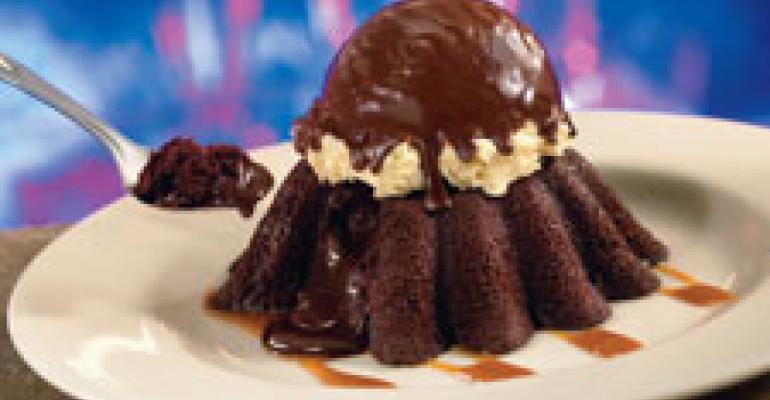 DALLAS Chili's Grill & Bar is taking a rival chain's deal a step further with a new promotion offering a three-course meal for two for $20.

Like Applebee's Grill & Bar's popular 2 for $20 deal, Chili's promotion includes a shared appetizer and two entrees, but adds a shared dessert. The limited-time offer, which does not include drinks or tax, kicked off Monday at all Chili's restaurants nationwide.

"We understand our guests' desire to manage expenses during these challenging economic times, so we are always looking for ways to innovate with promotions that deliver great-tasting food at the best possible value," said Krista Gibson, senior vice president of brand strategy for Chili's.

As the economy continues to take its toll on consumer spending, casual-dining chains have suffered falling customer traffic, forcing them to unveil numerous deals to fill seats.

The beginning of the year saw a flurry of "buy one entree, get one free" coupon offers from T.G.I. Friday's, Ruby Tuesday and others. Meanwhile, other casual-dining players promoted bundled meal deals, such as Applebee's 2 for $20 and P.F. Chang's China Bistro's Chang's for Two for $39.95. Others offered value menus, like Outback Steakhouse's 15 Meals for Under $15. Earlier this year, Chili's offered a value menu featuring seven items for under $10.

Knapp noted that it's important to offer value in a tough economy, but he cautioned that not all deals bring about the right results. He said restaurant operators should develop promotions that reach out to core customers, rather than one-time users.

"The problem with two-for-one deals is that you get a lower-demographic customer who takes advantage of the deal, doesn't buy anything else and leaves," he said. "You're bringing in someone who's not your core customer, and they're only coming in for the deal and not coming back."

However, deals that offer a complete meal package, such as those promoted by Applebee's and Chili's, are more likely to attract regular patrons, who may use the money they save to buy something extra, like a drink, Knapp said.

Applebee's officials have said the 2 for $20 promotion has encouraged repeat visits at the more than 2,000-unit chain.

Chili's has more than 1,200 locations worldwide and is a division of Dallas-based Brinker International Inc.

Ron Ruggless contributed to this report.