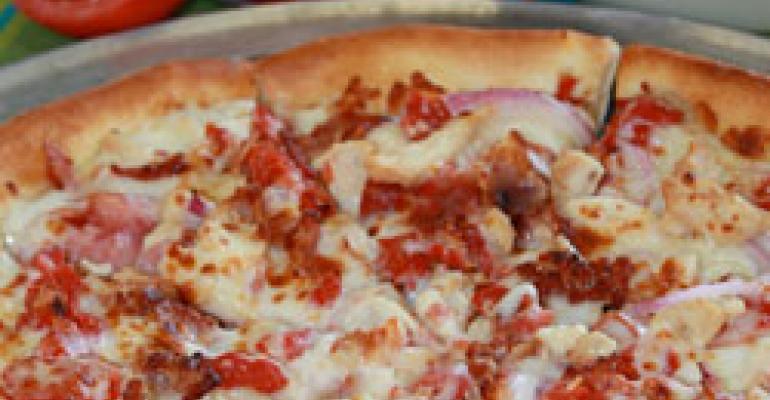 Chicken Cordon Bleu is back as a pizza

Chicken Cordon Bleu, the continental classic that once was a staple of fine-dining restaurants around the world, is making a comeback as a pizza selection at two U.S. chains — delivery giant Papa John’s and 37-unit buffet chain Stevi B’s.

That contest allowed Papa John’s patrons to submit pizza ideas via Facebook. The 2,785-unit chain received more than 12,000 entries, which were narrowed down to three finalists in June.

On Aug. 2, Papa John’s added those three pizzas to its menu and gave the contestants a $1,000 marketing budget to promote their entries.

The Cheesy Chicken Cordon Bleu won, accounting for 45 percent of the more than 240,000 Specialty Pizza Challenge items sold during August.

The pizza’s creator, Barbara Hyman of Los Angeles, will receive a “slice of the sales” — up to $10,000 — and free pizza for life. She also has the opportunity to appear in a Papa John’s television commercial.

The pizza will remain on Papa John’s menu for a year.

A company spokeswoman said the average LTO at Stevi B’s lasts for 30 days, and the exact end date for the pizza likely will vary somewhat from unit to unit.

Chicken Cordon Bleu is named for a culinary school in Paris and typically is a chicken dish with ham and cheese. Although that dish is taught at the school, it is not called Chicken Cordon Bleu there, but poulet à la Jurassienne.