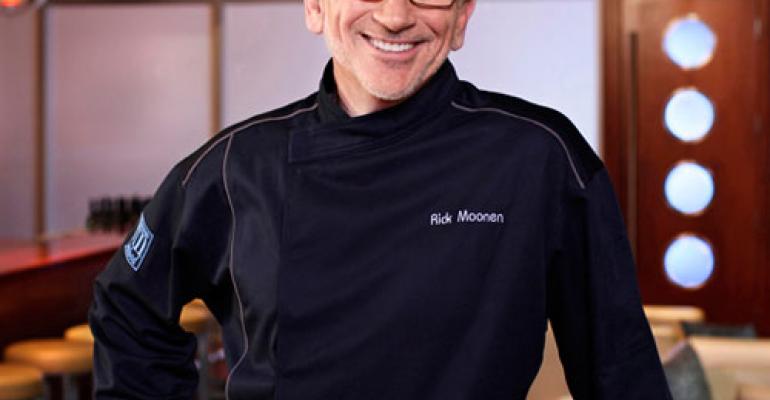 Part two of a two-part interview

Rick Moonen recently caught the TV viewing world’s attention by being a runner-up on Bravo's "Top Chef Masters," but he has been delighting his customers with his seafood dishes for years, while also beating the drum for sustainable fisheries.

In part two of his interview with NRN, Moonen, currently the chef and owner of Rick Moonen’s RM Seafood at the Hotel at Mandalay Bay in Las Vegas, discusses the sustainability of seafood in the Gulf of Mexico in the wake of the BP oil spill disaster. Click here to read the first part of Moonen's interview with NRN in which he explains his “Big Five” theory of how we eat fish.

You were recently in Louisiana. What’s the situation like there?

The Gulf of Mexico is a gigantic body of water and lots of the fisheries are safe. Right now consumer confidence in Gulf seafood should actually be higher, because everyone’s on alert. It’s like how our security level went up after 9/11.

I was in Donaldsonville, La., doing a show with John Folse, and I talked to the secretary of agriculture and he was very optimistic about results of tests of seafood in the gulf.

But certainly where the oil’s going to go and what it’s going to affect concerns me, and if there’s any time to expect the government to do its job of inspecting our fisheries it’s now.

No one knows what the fallout’s going to be, and $2.4 billion in seafood a year comes just out of Louisiana.

Are you using much Gulf seafood?

At my restaurant I rely on blue crab and shrimp from the gulf. I haven’t bought much finfish because they’re in the red zone [categorized as unsafe or over fished] more often.