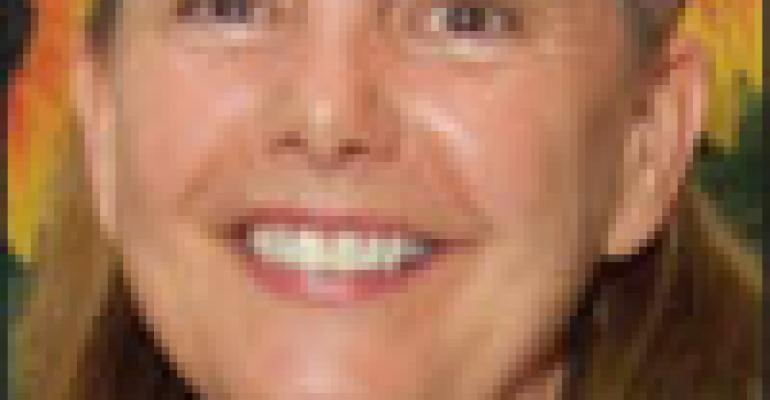 Delia Champion, founder of Atlanta’s popular Flying Biscuit Cafe, was stunned to hear her name called out during the Stevie Awards for Women in Business ceremony at Caesars Palace in Las Vegas last month. The international awards had received more than 800 nominations in 40 categories. Champion was named “Best Entrepreneur” in the service category for businesses with up to 100 employees. A New Jersey native, Champion grew up in the restaurant industry. Although she loved being a server, she always dreamed of opening her own restaurant. It would be a neighborhood place that served breakfast all day, and everything would be made from scratch. She finally opened the Flying Biscuit in 1993.Last year, Champion sold the two-unit concept to Raving Brands, an Atlanta franchisor of more than 500 restaurants under seven different brands. The Flying Biscuit is expected to have four franchised units by the end of December. Champion has remained involved, overseeing goals to expand Flying Biscuit Cafe to 10 units by the end of 2008.

How can Flying Biscuit Cafe maintain that neighborhood, independent feel as a franchise?

The first thing is the Flying Biscuit is not for everyone. I interview potential franchisees just like I would an employee. To choose a Flying Biscuit, they have to want to do something different. They believe in serving a higher-quality product. Then they have to work for me for eight weeks. I train you to love the biscuits, as crazy as that sounds.

You enjoyed being a server. What should franchisees look for when hiring waitstaff?

You have to find the folks [for whom] serving suits their personality. If you’re not a talker, I’ll put you in the kitchen. As a server, I need [you] to be passionate about the food and talk about it.

What motivated you to make your dream a reality?

Before I started, I sought the advice of an attorney. He was the father of a friend. He was telling me all the things I need to do. I was writing everything down. He said, “Who do you think you are that you can do this?” When I hung up I just cried. He was right: Who do I think I am? But I knew I would regret it if I didn’t try it. Whenever I have the opportunity to mentor others I tell them, make sure when you are 80 years old, looking back on your life, you made choices you didn’t regret. I would have regretted not trying to have my own cafe.