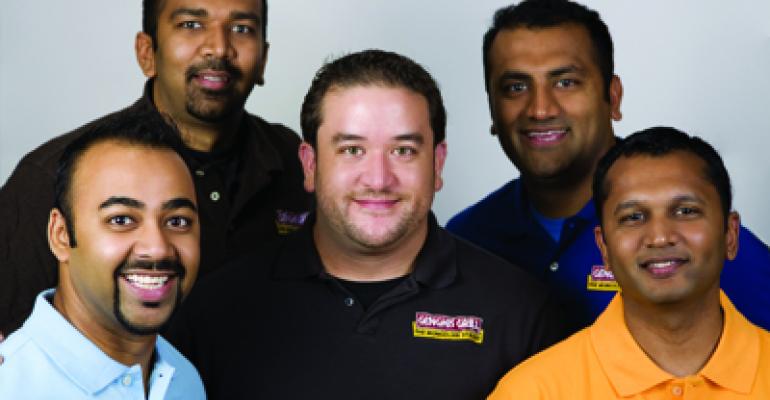 “It’s a brand we’ve been evaluating for about three years,” said Al Bhakta, chief executive of The Chalak Group and Genghis Grill Franchise Concepts LP. “It’s Dallas-based, No. 1. We also had an executive team lined up.”

He added that the group still remains focused on Genghis Grill.

In addition to 80 units of Genghis Grill, the Chalak Group franchises 33 KFC units. Several of those are co-branded with Taco Bell and Long John Silver’s.

Bhakta said he liked Baker Bros.’ positioning in the fast-casual sandwich segment. “We think it can be a regional player,” he said. “We have some synergies with our Genghis concept. We think we can elevate the product and increase the offerings as it’s in that competitive niche of soup-salad-bakery/café.”

Baker Bros., founded in 1999, has seven units in the Dallas-Fort Worth market, two in Amarillo and one each in Lubbock and Texarkana.

As part of the acquisition, Henry Leonard will be president of the Baker Bros. division.

“We're going to be able to leverage Genghis Grill’s unique positioning for real estate deals,” Leonard said in a statement. “Both brands will glean increased buying power through shared vendors and realize common infrastructure benefits as the brands grow.”

The Chalak Group purchased the Genghis Grill concept in 2004.