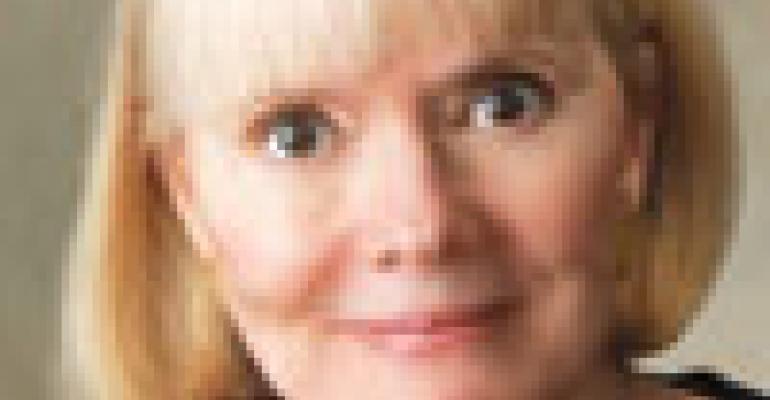 One of the casualties of the current, long-running economic malaise has been foreign travel. Over the past decade, the number of Americans venturing abroad had escalated steadily, driven at least in part by culinary tourism, or our desire to visit an exotic location, eat and drink like the locals and then brag about those dining adventures.

Unfortunately, our collective culinary wanderlust has run out of gas. The Department of Commerce reports that, following a weak 2008, foreign travel dipped even more dramatically in the first five months of 2009. Visits to such former foodie favorites as Europe, the Caribbean and Mexico dropped an average of 10 percent over the previous year. Rather than splurge on overseas vacations, fiscally conservative consumers are sticking close to home, and corporate chefs are responding with “staycation” specials that, instead of recreating dishes from distant lands, celebrate regional American cuisine and local favorites.

They’re cooking from coast to coast. Many chains have jumped on the bandwagon, and the range of dishes that have been rediscovered or reinvented are substantial. Domino’s American Legends pizza promotion features a half dozen regional toppings. In addition to the expected, like Buffalo chicken or Hawaiian pineapple, there were unexpected embellishments like Pacific veggies and Memphis barbecue chicken. At the other end of the operational spectrum, Red Lobster took diners on an American Seafood Adventure that ran the gamut from New Orleans shrimp jambalaya to Maine lobster-and-crab bake.

Seafood competitor Joe’s Crab Shack has introduced a line of Steampots, billed as “coastal concoctions overloaded with regional flavors.” Among the promised concoctions are the Long Islander with mussels, clams and shrimp and the Bean Town Bake with two whole lobsters.

Even burger specialists got on board. Steak N Shake ran a summertime special featuring Wisconsin Buttery Steakburger and a Western barbecue-and-bacon version as well.

They’re going down home. When the going gets tough, chefs go south of the Mason-Dixon line for menu inspiration. Stick-to-your ribs comfort foods are hallmarks of Southern cuisine that have found their way onto mass-market bills of fare. Under-exploited grits have appeared in the national spotlight on dishes like T.G.I. Friday’s spicy Southern shrimp entrée. In addition to the eponymous Cajun shrimp, the item includes andouille sausage and creamy cheese grits.

Speaking of cornerstones, Hardee’s burst the Bologna barrier with the fried Bologna breakfast biscuit. Buoyed by the success of other regional favorites like chicken biscuits, the chain’s reconfigured Southern-fried classic reportedly received record-breaking consumer test scores and led to a systemwide roll out in August.

They’re evoking sand and surf. While hunkering down with country classics is one way to cater to stay-at-home patrons, other chains have adopted a get-away-from-it-all approach to menu R&D. Bakers Square provided a taste of the tropics with summertime treats like coconut chicken salad and Cool and Creamy Dreamy Orange Pie.

Another standout in vacation-inspired dishes comes from IHOP. Varieties of the chain’s Hawaiian pancakes included banana-macadamia nut, strawberry-passion fruit and a playful pineapple-upside down.

Coco’s summer dessert pie married fresh, seasonal peaches with a caramel topping; for those with a serious sweet tooth to sate, extra caramel was served on the side.

They’re thinking outside the box. Not all the innovation was in the dish. IHOP’s Hawaiian pancake promotion included a creative Staycation Stories contest that invited consumers to submit their real-life staycation adventures for a chance to win a Hawaiian Pancation trip. And Cracker Barrel reintroduced its Campfire Grill items, entire dinners cooked and presented in aluminum foil, just like summer camp.