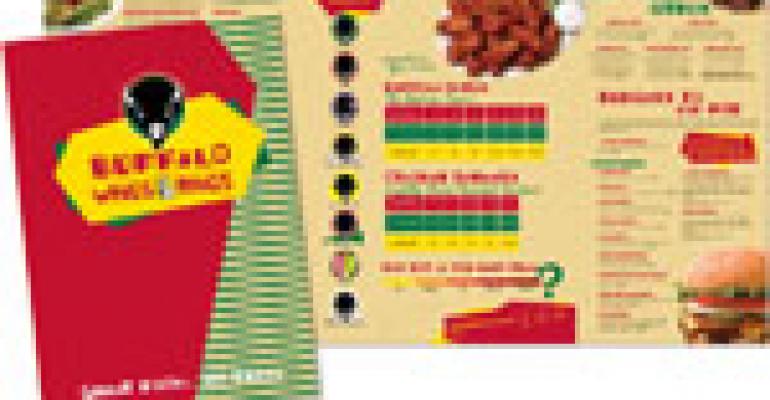 Whether their planned expansion would be slow and steady or revved up, restaurant chains poised for growth are refining their marketing tactics to appeal to customers in new and existing locales.

The rapidly growing Buffalo Wings & Rings, a 26-unit chain based in Cincinnati, has launched a rebranding campaign to make up for the years in which it saw itself as having no brand distinction.

Culver’s Franchising System Inc., whose system of 368 burger specialty restaurants is expanding gradually outside of its core Midwest market, hired a new ad agency in November to support a rebranding platform the chain has been developing.

Memphis, Tenn.-based Lenny’s Sub Shop, which has more than 140 units in 20 states from Virginia to California, launched its first branding campaign this fall after hiring a new agency in May to support an aggressive plan of expansion.

A 30-second TV spot for Lenny’s has aired this fall on Fox Sports Regional Networks. The goal was to take the passion consumers have for college football and translate it to passion for the Lenny’s brand, said chief executive George Alvord.

That pretty much sums up why chains use branding campaigns to attract customers in a new market and turn them into repeat buyers.

“It didn’t have any direction,” he said. “The focus was never on the brand.”

The first year and a half under the buyers’ new leadership was devoted to growing the chain, which had shrunk from a peak of 26 units to only six. Buffalo Wings & Rings plans to open four franchised stores every month in 2008, David said.

“Now we need to move forward with a fresh look,” he said.

Now, however, “we’ve got an identity we never had before, and that’s the key,” he said.

Working with agency Elias/Savion of Pittsburgh, Buffalo Wings has revamped its logo and menu “to create this image we’re looking for,” David said.

The updated logo now sports a color combination of red, a black buffalo head, bright yellow and a touch of green.

Wraps, pitas and four new sauces were added to the menu. David said the pitas sell “extremely well.” The chain targets families, which account for 70 percent of business, he said. Systemwide sales this year are expected to reach $30 million.

Culver’s Franchising System Inc., based in Prairie du Sac, Wis., follows a program of “slow, steady growth” and expects to have about 400 units of its Culver’s ButterBurgers and Frozen Custard brand open by the end of next year, said Chris Contino, the chain’s vice president of marketing.

The company has expanded into Texas, Kentucky, Wyoming, Tennessee and Arkansas and plans to open in Arizona in 2008, Contino said. Still, Culver’s is in no hurry to grow.

“We never really have a goal,” he said. “We don’t have a plan to put so many here, so many there.”

Culver’s growth next year will be supported with an integrated campaign created by the Chicago office of MARC USA, which became agency of record in November. Culver’s total marketing budget is $15 million.

The new agency “really took a new branding platform we’re working on and brought it to life,” Contino said, adding that MARC’s first campaign to support the new platform will break after Easter next year.

The campaign will cover all 55 Culver’s markets and include TV, radio, print, outdoor and online, focusing on the chain’s service and “great food,” which Contino said is Culver’s competitive edge.

He added that while there was “nothing wrong” with the Culver’s brand, the chain has to work harder now to get its message to consumers across the fragmented media landscape.

At one time it was possible to rely solely on TV to reach consumers, but with the emergence of interactive media “we need to take a new approach every day in how we communicate to our guests and remind them of who we are so that they’ll visit us again,” Contino said.

“We think, based on current trends out there for different portion sizes, different snacking occasions and what some of the hottest foods are, that we’ve got it all already,” he added. “We just have to let people know we have them.”