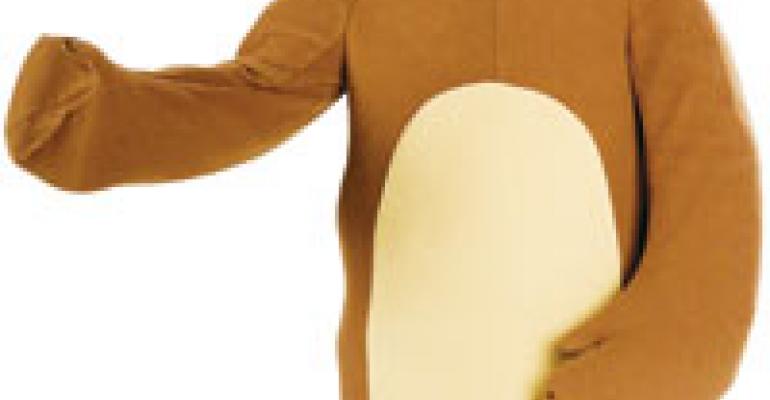 ATLANTA Carvel Ice Cream, based here, despite the success of its first-ever text-messaging campaign last year, is not planning any mobile marketing for 2009, said Lori Petersen, vice president of marketing. She recently explained that decision while briefing Nation’s Restaurant News on the texting effort, which featured Fudgie the spokeswhale and was launched in support of last year’s “Arctic Summer Sweepstakes.” —

The 500-unit chain, known for soft-serve ice cream and cakes, worked with Brandmovers on the text-messaging program through which consumers could opt in to receive text alerts from Carvel. Just text “FUDGIE” to 78247 and “because you are BFF’s he will totally text you back,” the campaign promised. An online matching game targeting “tweens” and young adults was also part of the sweepstakes. As a call to action, texters received a coupon for a blended coffee or an Arctic Blender, even if they did not win of one of five 42-inch TVs, Petersen said. —

How many customers participated? —

Between online registrations, e-blast opt-ins and text-to-win, we had over 52,000 participants. —

How did the mobile component work? —

Considering it was our first attempt, we were pleased with the mobile-marketing aspect of the promotion. Working in tandem with online initiatives including the online sweepstakes, Facebook page and MySpace page, we were able to build a substantial database, and we believe we made a significant connection with the tech-savvy portion of our consumer base. —

Mobile marketing is not a part of the 2009 marketing plan for budget reasons. If we were to change anything about the approach [in the future], we may strengthen the offer and try to promote the initiative using the Internet and other forms of new media. —

So text-message initiatives are not yet as cost-effective as others, like newspaper inserts, direct mail or e-mail? —

Exactly. The mobile initiative was an attempt to build our mobile database and engage a particular consumer segment in a new way. Given the economic conditions this year, we are focusing our limited marketing dollars on tried-and-true traffic-driving methods. —