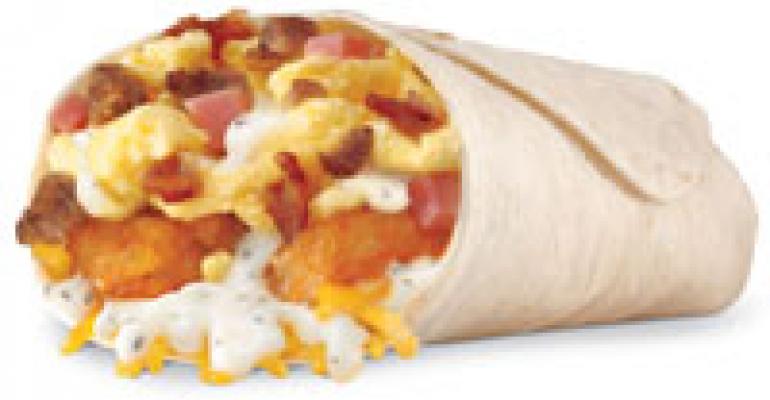 Described as "an entire country breakfast in the palm of your hand," the burrito features eggs, crumbled bacon and sausage, diced ham, shredded cheddar cheese, hash rounds, and sausage gravy, all wrapped in a flour tortilla. It sells for $2.69 individually or $4.09 as part of a small combo including hash browns and coffee.

Franchisor CKE Restaurants Inc. said the new offering was part of a breakfast campaign that Carl's Jr. launched this summer, called "Breakfast as big as our burgers." Anew commercial promoting the Country Breakfast Burrito can be seen here.