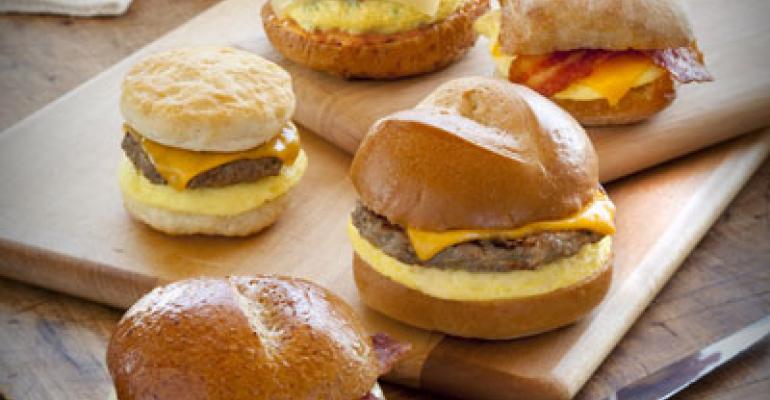 Caribou Coffee has rolled out a line of breakfast sandwiches in a move to bolster its morning food offerings.

The three Daybreaker sandwiches are:

• Veggie, with a seasoned spinach and tomato omelet with fontina cheese and roasted red pepper on a whole-wheat brioche roll

The two minis are a turkey sausage patty, eggs and Cheddar cheese on a biscuit; and turkey bacon, eggs and cheddar on a ciabatta roll.

The nation's second largest coffeehouse chain is promoting the new items by offering one Daybreaker and a medium coffee of the day for around $4. Segment leader Starbucks recently expanded its own breakfast sandwich line earlier this month and featured a promotion offering all of the sandwiches for $2 with the purchase of any beverage.

The new breakfast sandwiches come a year after Minneapolis-based Caribou added oatmeal to its menu. Oatmeal has been a popular menu addition for Starbucks as well as smoothie chain Jamba Juice. McDonald's also recently rolled out oatmeal to its U.S. restaurants.