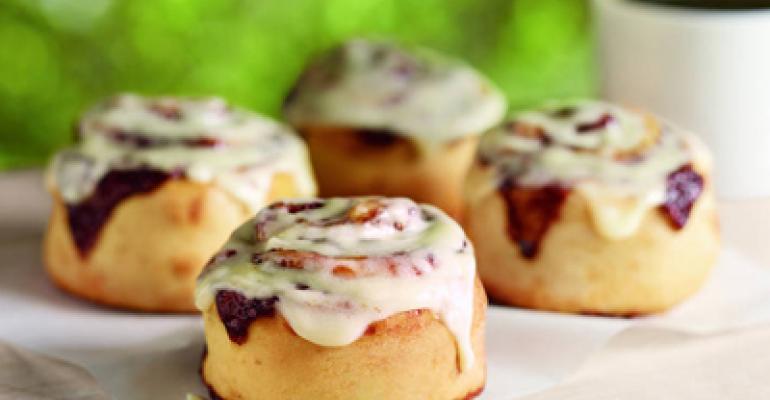 Burger King plans to complete the rollout of Cinnabon's Minibon product to more than 7,000 restaurants across the United States by September, the company said Tuesday.

Minibons, a miniature version of Cinnabon’s signature cinnamon roll, have been tested by Burger King in various markets over the past several months, including Charlotte, N.C.; Chicago; Miami; New Jersey and New York.

Cinnabon president Kat Cole said more partnerships are coming, with the goal of building brand awareness. “Our growth strategy over the next several years is aggressive and includes growth in franchising as well as licensing in other channels,” she said in a statement.

“Our guests throughout the U.S. want to be able to treat themselves to our products, and serving our products in Burger King restaurants helps us serve those fans,” Cole added. “We’re excited to have the opportunity to celebrate the Minibon roll’s 25th birthday by expanding its availability across the country.”

For Burger King, the menu addition is part of an ongoing brand refresh by parent company 3G Capital Management, which acquired the chain in October 2010.

Although many of the items are similar to those found at competitors like McDonald’s, Burger King officials said they aim to establish the Miami-based chain as offering “best in class” products.

“From a tasty breakfast treat to an afternoon snack, the Minibon roll is a best-in-class product that fits in well with our newly expanded menu and will provide our guests with yet another reason to come in to their local Burger King restaurant,” Alex Macedo, Burger King Corp.’s senior vice president of marketing for North America, said in a statement.