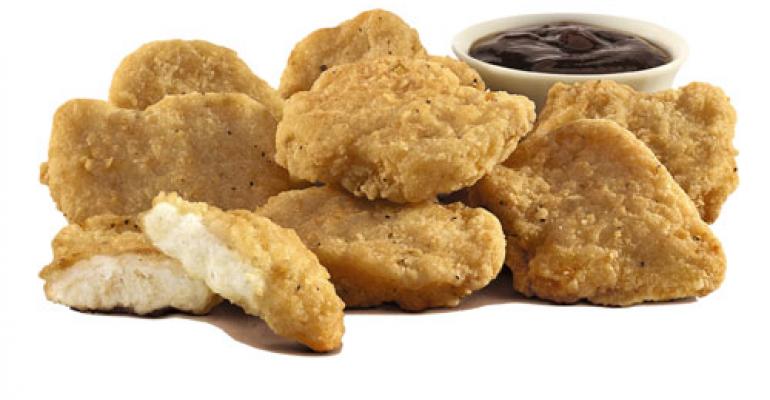 In an attempt to reverse its negative sales trends, Burger King said this week it plans to conduct more market research that may help the brand past its typical 18-35 year old, male demographic.

The Miami-based parent company, Burger King Holdings Inc., is in the midst of a turbulent transition period with changes to management, prices, menu items and marketing. Co-chairman John W. Chidsey is set to resign April 18, after formerly serving as chief executive before Burger King’s acquisition last September by private-equity firm 3G Capital. A slew of other senior executives have recently left the company, and Burger King is transitioning to a new advertising firm, after parting ways with long-time agency Crispin Porter + Bogusky.

To get a better handle on its customers, Burger King said it is undertaking market research to potentially broaden its appeal. A recent example includes the chain’s revamped chicken tenders, which debuted in late March, and its new advertising. A four-piece order is on the chain’s Value Menu for $1. The suggested retail prices for eight- and 20-piece orders are $1.99 and $4.99, respectively.

New television commercials highlighting the tenders feature a busy mom with children moving throughout her day. Another commercial is tied to the kid-friendly movie, “Hop.” During a conference call with investors on Thursday, Burger King officials said the chain is not just trying to reach its traditional young male demographic.

While Daniel Schwartz, chief financial officer, acknowledged that Burger King has traditionally targeted the male 18-35 year old user group, the young male is not “necessarily representative” of the overall market that Burger King is targeting.
Breakfast is another area of possible growth for Burger King. Schwartz said the chain’s breakfast program saw sales grow at the time of the launch last year, but that sales in the first quarter grew in at a slower rate.

“We’ll have to come back [to breakfast] from time to time throughout our marketing calendar,” Schwartz said.

For the first quarter, worldwide same-store sales declined 2.8 percent, the company reported. The negative sales trend was due to soft sales in North American units and is slightly less than the 3.7 percent decline in sales in the previous fourth quarter, Schwartz noted.

As the company moves through weak sales trends and a corporate restructuring, 375 positions — both in corporate and within the field — were eliminated in the U.S. Another 250 jobs were cut in international markets. Executives will be working with staff managers to improve inventory issues at the chain’s 12,251 units in 76 countries and U.S. territories, Schwartz said.

“The restructuring is part of an ongoing cost-reduction effort,” he said. Schwartz noted Burger King has also re-franchised 199 units.