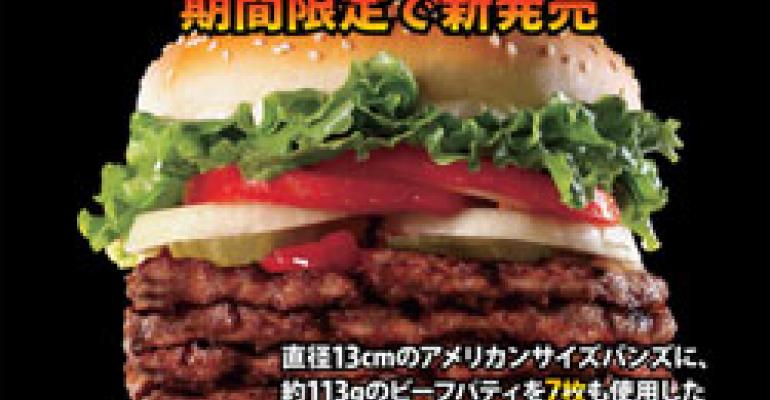 TOKYO A Burger King restaurant in Japan is offering a seven-patty Whopper for a limited time as part of a cross promotion with Microsoft Corp. tied to its new Windows 7 operating system.

Michelle Miguelez, a spokeswoman for Miami-based Burger King Corp., said the chain’s store in Tokyo’s famed Akihabara electronics retailing district will offer the Windows 7 Whopper through Oct. 28. The Japanese pages of the Burger King website displayed areproduction of an in-store poster of the towering burger with a suggested selling price of 777 yen, or about $8.50 in U.S. dollars at recent exchange rates.

The seven-patty Whopper offer was staged to coincide with the worldwide hoopla tied to the Oct. 22 release of Windows 7, the latest version of Microsoft’s market-share-leading operating system.