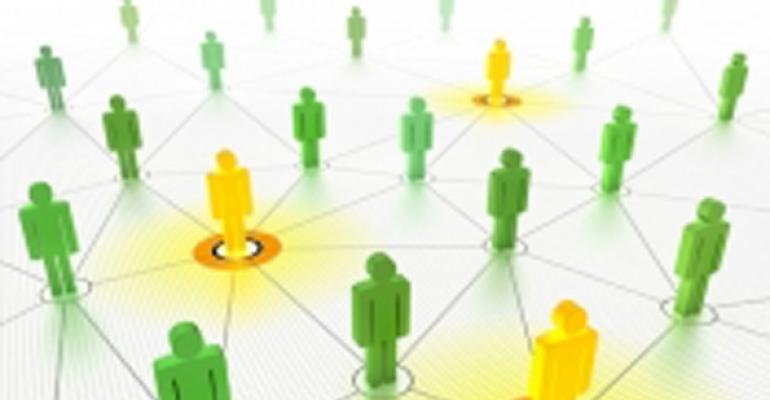 Restaurant brands have invested significant time and money over the past few years on social-media campaigns to increase such engagement metrics as Facebook “likes,” Twitter mentions, and Facebook and Foursquare check-ins.

But merely attaining these tokens of customer approval is no longer enough, restaurant executives say.

To realize the value of social-media engagement in the corporate office and in the field with franchisees, brands like Cinnabon and Dairy Queen have spent much of the past few years growing their base of fans and followers, and plan to turn them loose this year.

Officials from Cinnabon and Dairy Queen spoke with Nation’s Restaurant News about how they boosted social engagement and the value of hundreds of thousands of new likes and check-ins.

For Cinnabon, a division of Atlanta-based Focus Brands, the main obstacle to gaining a strong social-media following sounds better than it is: too many locations. Each bakery in a mall or travel center had just one brick-and-mortar location, but several online venues on mobile-social platforms like Foursquare and Facebook Places.

Because of duplicates, missing listings or incorrect coordinates for smart phone GPS systems, many Cinnabon locations wouldn’t show up in search results for Foursquare users, meaning the brand couldn’t get credit for attracting users to their locations, said corporate communications manager Rachel Hadley.

Cinnabon corrected those problems with a service called venue optimization, entering the correct information for each unit on each location-based network.

“Venue optimization creates one location that would be checked into most often, and that increases your visibility on Foursquare,” Hadley said. “If there are 10 other venues for that location with a few check-ins, they’ll all be lower in the search results.”

According to data from Cinnabon’s social-marketing provider, after the chain began a venue optimization campaign last April, its locations became more prominent in search results on Foursquare and Facebook, increasing engagement on those platforms by 12.5 percent and 19 percent per month, respectively, through July.

Upon completion of venue optimization in July, Cinnabon’s numbers reached a higher plateau of engagement by August, with check-ins increasing another 43 percent and 63 percent on Foursquare and Facebook, respectively, in one month.

That higher base of social-media activity allowed the brand to execute a Foursquare check-in special that not only spurred more exponential growth in Cinnabon’s engagement metrics, but also greatly benefited its cause-marketing partner, Operation Gratitude. In October, for every Foursquare check-in it received, Cinnabon donated $1 to the charity, which sends care packages to military service members serving in war zones overseas.

From 250 participating bakeries, Cinnabon garnered $10,000 in check-ins and raised an additional $40,000 in units. Its social-media engagement climbed further, with Foursquare check-ins jumping another 122 percent and tweets increasing 113 percent.

“A systemwide check-in special, and connecting it with an organization that a lot of people respect, was a great promotion for us,” Hadley said. “Foursquare specials are getting more aggressive, so our campaign needed to be pretty tempting, and a $1 donation for every check-in was a bold move.”

In the nearly nine months it took for Cinnabon to complete its optimization program across its nearly 500 locations in the United States, the chain’s customers increased Foursquare check-ins by 387 percent, Facebook check-ins by 230 percent and tweets by 1,600 percent. During this period, Cinnabon also increased the total number of “likes” on its Facebook page by 128 percent.

“Location-based social, like any social platform, is all about digital word-of-mouth,” Hadley said. “If you knew that the next person to walk into your restaurant was going to tell all her friends about it, you’d want to give her an incentive. … It’s changed the way we have to think about marketing. We should always be considering it.”

Dairy Queen’s method: Integrating social and mass media, with Facebook as the hub

Tim Hawley, vice president of marketing communications for Minneapolis-based Dairy Queen, said social media, particularly Facebook, lets the brand get more mileage out of TV and public relations that remain expensive for all but the industry’s largest chains.

“The whole social-media frontier has allowed us to make the connection with people who love our brand and create dialogue,” Hawley said. “That’s very valuable to us, since we’re not [heavy advertisers like] McDonald’s or Burger King.”

Its upcoming promotion will leverage the brand’s more than 4.6 million Facebook fans to celebrate the 100th birthday of the Oreo cookie, Dairy Queen’s most popular Blizzard topping. The “Oreo Blizzard 100” will run from April to August, and allows fans to check-in to different Dairy Queen locations on their Facebook mobile apps and form teams. Teams that check in to 100 different units have a chance to win a $100,000 prize, and mobile badges and other incentives aim to keep them engaged.

“Our franchisees loved our previous campaigns, but there was a question of how we would transfer it to driving transactions,” Hawley said. “We built awareness and affinity for two years; our challenge for 2012 was taking that knowledge and driving sales. … With the check-in, we can see how the promotion works, and we can measure engagement while getting them to purchase a Blizzard they otherwise might not have bought.”

But first, Dairy Queen laid the groundwork in 2010 and 2011. The Blizzard 25th Birthday Tour in 2010 celebrated a quarter-century of the Blizzard with a 25-city tour in the “Blizzardmobile.” The brand ran a concurrent “virtual tour,” with new videos from the road uploaded to Dairy Queen’s Facebook page. Television commercials — starring a family of Blizzard-obsessed characters, the Blizzmans — and emails to the brand’s Blizzard Fan Club also pointed people back to the promotion’s hub on Facebook.

“The success of the celebration was the virtual aspect,” Hawley said. “[The chain’s digital media agency] handled the virtual tour and filmed another 20 vignettes to capture our Blizzman family characters ‘off-camera’ in videos we only used digitally. All the properties pointing to Facebook elevated our authenticity and humor and the points of difference that people love.”

Watch the campaign for the Mini Blizzard; story continues below

Dairy Queen gained 1.9 million “likes” on its Facebook page during the summer tour in 2010, and Blizzard sales rose 13 percent during the period.

The next year, the brand took a similar approach to promoting its new Mini Blizzard, with a cross-country tour in a tricked-out Mini Countryman car. The sampling tour ended with one sweepstakes winner taking home a new Mini Countryman. At the end of the promotion, Dairy Queen had garnered another 330,000 Facebook likes and 1.1 million YouTube views. Its Blizzard Fan Club also gained more than 123,000 new members, to more than 4 million people.

Watch the campaign for the Blizzardmobile; story continues below

“There’s been a lot of movement on [these initiatives] to have the customer data,” Hawley said. “Just a few years ago, it wasn’t there. But now it blows me away how we can understand who’s checking in at which stores. For our franchisees looking for those incremental visits, we can explain to them how these social promotions work. With previous Facebook campaigns, we tried to build buzz outside our stores in 2010 and 2011, and now we’re trying to take that buzz factor and translate it to more people in our stores.”