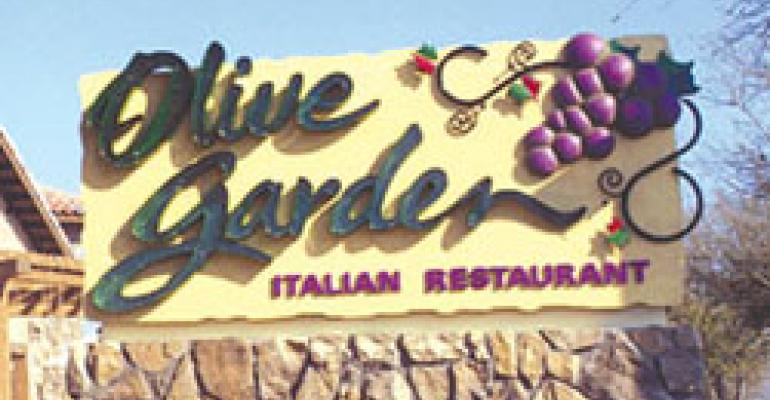 Casual-dining bellwethers Brinker International Inc. and Darden Restaurants Inc. last month defended the segment’s relevance among mountains of negative data that included more failing restaurants, a smaller consumer base and questions about whether the largest segment in the restaurant industry really can stage a turnaround.

While the entire restaurant industry has suffered during this domestic recession, casual-dining concepts have been hit particularly hard from several angles, including the consumer trade-down to less expensive options and what some analysts say was years of over-building. The negative traffic and unit closures reported from various casual-dining operators have have led some to question the segment’s future, especially with regard to the large national chains.

“In the last quarter, restaurant industry traffic turned negative for the first time since 2003,” said David Palmer, restaurant analyst at UBS Securities LLC. “However, ahead of this more acute cyclical downturn, the slowing of casual-dining chain demand has been evident—and perhaps indicative of the staleness of the national chain brands and the marginalization of their value, due to premiumization of menus at fast food.”

Palmer said casual-dining traffic this past fall declined more at chains than at independents, with traffic dropping 3 percent at major chains and 11 percent at smaller chains compared with flat year-to-year traffic growth at independents.

“Are today’s leading casual-dining chains losing their relevance in the minds of consumers?” he asked in a research note to clients. “Are the consumers that have grown up on chain restaurants finding increasingly suitable quality at fast-food chains, or at their home grill?”

While Dallas-based Brinker and Orlando, Fla.-based Darden conceded to the woes of the casual-dining segment, both companies said in their respective quarterly and annual investor presentations that they would not just survive, but thrive.

“This whole casual-dining experience still has a social relevance to it and part of that is having an alcoholic beverage and having an experiential meal more so than just a quick burger and a fast satisfaction of hunger,” said Doug Brooks, chief executive at Brinker. “There is a real social part to our casual dining. We’re not walking away or backing away from that one bit.”

Brinker is parent to about 1,700 restaurants under the Chili’s Grill & Bar, Maggiano’s Little Italy and On the Border Mexican Grill & Cantina brands. Late last year it sold a majority stake in Romano’s Macaroni Grill.

Pundits have discussed for nearly a year whether a decline in relevance among casual-dining chains would be the segment’s downfall, or whether the largest of chains, like Brinker and Darden, can use their scale and expertise to conduct a turnaround.

For the current year, the numbers don’t look good. Technomic Inc. revised downward its 2009 foodservice sales projections last month because of further contraction in the U.S. economy, and the casual-dining segment drove the deeper decline. The Chicago-based foodservice consulting firm said it now expects total foodservice sales to drop 2.2 percent this year, and when factoring in inflation, to fall 4.7 percent. In September, when the firm released its original industry outlook, it had expected sales to rise 1.7 percent on a nominal basis, and to drop 2.7 percent on a real basis, or when adjusted for inflation.

Sales at full-service restaurants will be hit hardest, Technomic said, with an expected drop of 6 percent on a nominal basis and 8.5 percent on a real basis.

The challenges the segment faces are not just short term nor solely economic. Casual-dining chains for years grew on the spending habits of the baby boomer generation, dual-income families with working mothers and consumers that spent heavily on credit cards. Those demographics are no longer working in the segment’s favor, as baby boomers age and spend less, as data shows that fewer mothers are entering the workforce, and as credit-card spending declines.

“Many of the changes that have taken place will not be temporary,” Clarence Otis, Darden’s chairman and chief executive, said during the company’s annual investor meeting, as reported by Dow Jones. The company now has to deal with a “new long-term reality.”

Part of the new reality is growth through the gain of market share, not just through the opening of more locations. Darden said the stronger players in the segment will take share from the smaller chains and the independents that may not make it through this down cycle. The latest restaurant count data from market research firm The NPD Group showed the number of independent and small chain restaurants declining from 2007 numbers, while larger chain counts stayed flat to slightly positive.

Securities analyst Jeff Bernstein at Barclays Capital said casual-dining chains stand to gain the most should those trends continue, as chains currently comprise about 20 percent of the overall segment, meaning they have significant growth potential at the expense of independent restaurants. By comparison, quick-service chains already represent about 70 percent of their segment and have less room for unit growth.

Darden reduced the number of planned restaurant openings for this fiscal year to between 68 and 72 locations, from previous projections that called for between 75 and 80 new restaurants. In 2010, Darden’s number of new restaurants is expected to drop to between 53 and 65 locations. Still, the pared-back growth is above what many chains are forecasting, as competitors like Ruby Tuesday, Applebee’s and others halt development or even close more locations than they open.

At Brinker, 47 restaurant closures were reported in its most recent quarter ended Dec. 24, including 26 Macaroni Grills. The company still has projected between 78 and 90 restaurant openings for its current fiscal year.

In addition to capacity growth, both Brinker and Darden said they would drive guest traffic, which has been mostly negative through the entire segment for some time, through remodeled locations, menu innovation and lower price points.

At Brinker, the flagship Chili’s chain will present new offerings under the $9.99 Triple Dipper dinner menu and the Guiltless Grill menu, and On the Border is set to introduce a $6.49 lunch menu and feature its popular $8.99 endless enchilada promotion.

At Darden’s Red Lobster, the transition to more fresh seafood continues and a new lunch menu with sandwiches and chips starting at $6.99 will be introduced.

Revenue fell 7.8 percent to $949.4 million, which mainly reflected 47 restaurant closures and the sale of 198 locations. Same-store sales fell 4.2 percent at Chili’s, 3.7 percent at On The Border, 6.9 percent at Maggiano’s, and 10.6 percent at Macaroni Grill.