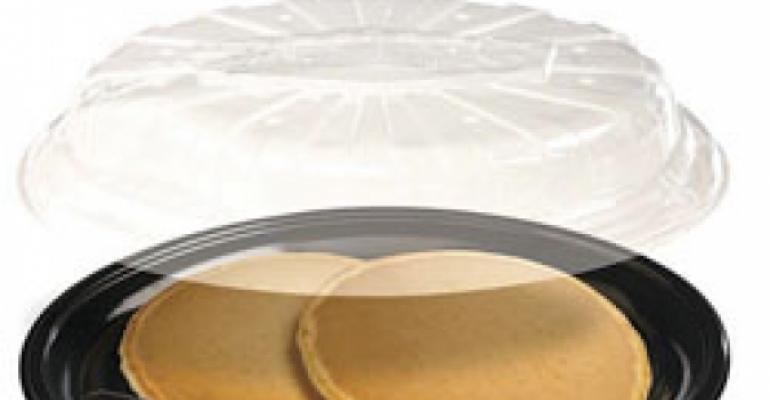 Family chains are defending their traditional strengths in the breakfast daypart more aggressively by making that meal more convenient for time-pressed diners who might otherwise be drawn to quick-service competitors.

Yet, even while such operators as Denny’s, Bob Evans and IHOP tout new takeout packaging for morning meals, those brands remain challenged by diners’ long-held attitudes that family eateries are for leisurely breakfasts.

Once an afterthought for full-service chains, takeout is becoming a bigger part of their business, with some chains dedicating staff and counter-order space to food-to-go offerings. Some operations are going so far as to run takeout orders to the cars of customers who phone ahead.

“Overall, carryout is our fastest-growing segment,” said Mary Cusick, senior vice president of marketing for 571-unit Bob Evans. “We have awareness because we branded it” with the name Bob Evans Carry Home Kitchen, she said.

The Columbus, Ohio-based chain’s all-day carryout business has increased from 2 percent when it started 11 years ago to nearly 8 percent today, Cusick said.

Bob Evans started including carryout messages in all its advertising last year, including on its website and in the restaurants. The 55-year-old chain also upgraded its coffee last January, with the moniker Signature Coffee by Bob Evans, and upgraded tea service to a selection of Twinings-brand flavors.

Although the entire Bob Evans’ menu is available for takeout, most orders occur at dinnertime, and breakfast is a minimal part of the mix, Cusick said. “You can’t kid yourself that people in a hurry will come in when they can go to McDonald’s,” she said. “We will see them on the weekends. During the week, we see a different customer.”

Still, Bob Evans has tried to hype convenience by instituting a call-ahead system and encouraging restaurant crews to run orders to the cars of call-ahead customers who announce their curbside arrival by cell phone.

Denny’s has gone a step further with the launch of its Real B-FST 2GO takeout program, complete with new packaging dubbed the “Denny’s Dome” that’s designed to keep food warm for up to 30 minutes. One of the dome’s two layers is ventilated to keep bacon, hash browns and French fries crisp.

The 1,500-unit chain is promoting breakfast takeout in a national television campaign and through point-of-purchase merchandising. Denny’s expects takeout to grow to between 5 percent and 10 percent of overall sales, chief marketing officer Mark Chmiel said.

“Consumers were asking for more takeout breakfast,” Chmiel said. “People said they can get sandwiches in QSR, but they can’t get a real, customized breakfast that stays warm.”

Denny’s has allocated crew members and separate areas in its restaurants for the systemwide roll-out. Chmiel said the chain is considering adding online ordering and could start testing the option by the end of the year. Currently, takeout customers may phone ahead.

Though its domed packaging costs a bit more than a standard plastic-foam clamshell, that difference is offset by reduced service labor costs when takeout sales are boosted, Denny’s indicated.

IHOP also has stepped up promotion of takeout in television taglines and in-store merchandising materials for its “IHOP ‘n’ Go” carryout initiative, though it does not focus on breakfast. Takeout has increased from 1 percent to 1.5 percent of the sales mix since IHOP began advertising the program in February 2007, spokesman Patrick Lenow said.

“It gives us the ability to serve more guests,” he said.

Franchisees determine how they want to promote takeout, so only some restaurants have a call-ahead policy, special signage at the cashier station and an expediter dedicated to takeout orders.

“Most of the takeout is skewed to dinner and late-night,” Lenow said.

Big Boy International, based in Warren, Mich., is looking into the feasibility of testing a drive-thru, said Tony Michaels, chief executive of the 269-unit chain. He gave no further details immediately on the status of those plans, and eat-in morning meals offered from Big Boy’s breakfast bar continue to be its focus in that daypart.

“QSRs can’t offer the variety and quality we offer on our breakfast bar,” Michaels said.

Catering to nearby offices is the primary off-premises promotion for the breakfast-and-lunch-only Le Peep chain. Catering accounts for as much as 15 percent of sales at branches in mostly downtown units, but is a much smaller percentage at others, said Amanda Rhoads, a spokeswoman for the 69-unit chain, based in Littleton, Colo.

First Watch, a 76-unit breakfast-and-lunch-only chain based in Bradenton, Fla., does about 5 percent of its business as takeout orders but does not promote it.

“Breakfast food is hard to transport,” said spokesman Chris Tomasso. “Until we can ensure that the quality will be as good as what they get in the restaurant, we are hesitant to get behind it.”