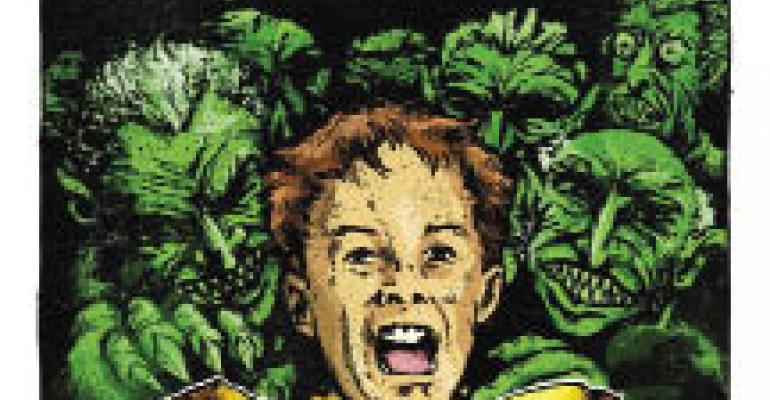 High-end hams, such as prosciutto and jamón Ibérico, might be grabbing the attention of upscale chefs and their customers, but more humble deli meats are doing well, too.

Consider bologna.  Consumption of this inexpensive humble cousin of Italian mortadella has surged in recent years, and restaurants have noticed its return to popularity.

Fast-food giant Hardee’s added a fried bologna biscuit at participating locations among its more than 1,700 units last August. The $1.89 sandwich also has a scrambled egg and American cheese.

House-made bologna is one of the featured meats at Cleveland-based celebrity chef Michael Symon’s B Spot. He serves two $6 fried bologna sandwiches — one with pickles, mustard and American cheese, and another with Russian dressing, pickled onions, sweet-hot pickles and a fried egg.

Also in Cleveland, Matt Fish, the chef-owner of the two-unit Melt Bar and Grilled recently introduced a thick fried “bologna steak” sandwich with two Amish fried eggs, pepper jack cheese and avocado aïoli that he served in conjunction with a special screening of the cult movie Troll 2.