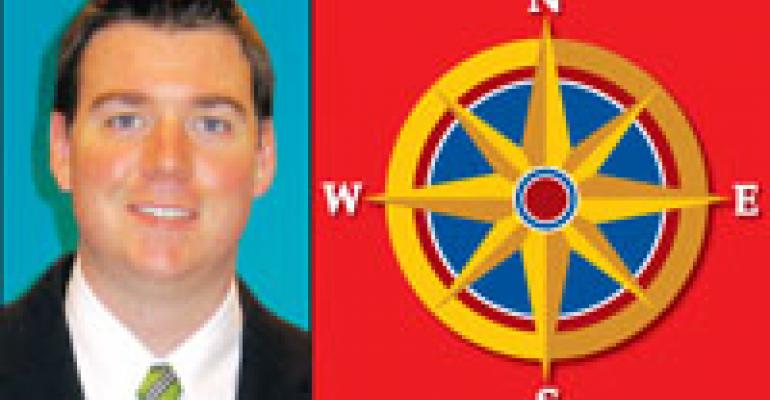 Let’s be frank, quick-service operators. I know you’re after me. As a 24-year-old American guy, I’m in that Holy Grail of target demographics: males ages 18-34. But age is just part of it. How else could I know you’re targeting me?

Well, your TV spots gave you away. A set of Wendy’s commercials built around guys wearing red plastic wigs, kicking trees and sucking on helium tanks only can be meant to appeal to my old fraternity brothers and me. The same goes for Domino’s Pizza’s deadpan ads for its Oreo Dessert Pizza, where young dudes sport beards made of Oreos. Don’t even get me started on The King. His spots for Burger King define the word “bizarre.”

Not exactly subtle. I can’t really picture myself eating Wendy’s new burger, for example, after watching these spots. I mostly get the feeling like I’m tripping on acid.

But this is far from a criticism of quick-service commercials. I adore bizarre humor, so I find a lot of these restaurant ads wildly entertaining. Thus, a spot with some guy dolled up to resemble the redhead in Wendy’s logo—and who isn’t Carrot Top—is going to resonate with me. But I’m just not sure it’s going to convince me to try the Baconator.

Still, a report last week in NRN showed something important about commercials: According to Nielsen Media Research, only one-third of respondents to a recent survey could recall any commercials they watched. In addition to my age cohort’s famously short attention span, digital video recorders will put only more pressure on marketers to employ ads that engage customers and stand out.

Bizarre commercials definitely do that, especially when they lay on the humor or even nostalgia. My personal favorite still is Burger King’s 2005 spot for the Tendercrisp Bacon Cheddar Ranch that featured The King and a cowboy-clad Darius Rucker, better known as “Hootie” from Hootie and the Blowfish.

Yet, as much as the ad made me want to party like it’s 1995, I still never tried the sandwich Hootie was hawking. Nor have I ordered Domino’s Oreo Dessert Pizza. This isn’t a case of personal preference—I happen to love chicken sandwiches, bacon and Oreos—and BK’s and Domino’s spots weren’t entirely ineffective, because their comedy, however absurd, made them memorable and kept those chains top of mind as I wrote this column.

In each case, though, that humor wasn’t enough to compel me to try the products.

By contrast, TV spots for Sonic, which have tons of humor but none of the overt absurdity leveled at guys like me, had me so intrigued that when I encountered Sonic for the first time ever a few years ago driving through Texas, I forced my buddy to divert three miles off the highway to the drive-in. The key to those Sonic spots: The characters, again two young guys like me, were simply having a great time eating there, exactly like I could picture it.