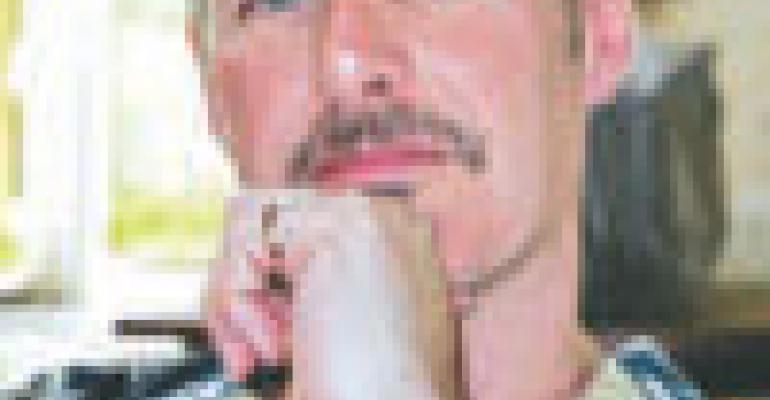 ON BEVERAGE: The devil is in the details: Even in small doses, premium ingredients can make a difference

A debate between bartenders, managers and owners is likely to rage for as long as there are bars and restaurants: How “premium” should one go in selecting ingredients for the perfect cocktail?

As eternal as the argument may be, however, there is little doubt where the Toronto-based Fairmont Hotels & Resorts stands. The 100-year-old luxury-lodging company, which has 50 hotel properties, cast its corporate vote resolutely with the ultrapremium camp when it selected high-end Champagne and distinguished spirits for its centennial anniversary bar menus.

To craft its sophisticated take on a margarita—the Cien Sonrisas, or “One Hundred Smiles”—Fairmont used not only a high-end tequila, but also a commemorative edition orange liqueur worth more than $100 a bottle.

But still, the question remains, is it worth it?

In an effort to get to the bottom of the issue, I strolled over the Fairmont Royal York in downtown Toronto and settled in to the hotel’s Epic restaurant and lounge to sip a few of the celebratory cocktails. What I found was an elegant half-dozen drinks ranging from the sweet—the Very Sexy, a champagne-topped blend of fruit liqueur and fruit-infused vodka—to the very dry X.O. cognac on ice, most riffing on existing staples of mixology.

What interested me most, though, was the Cien Sonrisas. How, I wondered, could the use of such an expensive orange liqueur be justified in what was effectively a tequila-and-lime-driven drink juiced up with the addition of a little lemon-based fresh sour mix? In search of the answer, I asked the bartender to make me a second one, this time using the regular version of orange liqueur made by the same company.

Salt rim of Margarita or cocktail glass. In a shaker with ice, combine ingredients and shake well. Strain into glass and garnish with fruit wedges.

Tasting the pair side-by-side, it quickly became evident which was better: the high-end version. There was something about the luxury liqueur that made all the ingredients gel more harmoniously, creating a full flavor that was both mellower than the more ordinary drink and further removed from the familiar Margarita taste. This, I thought, required further research.

So it was on to my home bar to sample not two but three versions of the Cien Sonrisas—the two I had tried with the different brand-name orange liqueurs and a third with a premium, although still rather ordinary, triple sec. Here the difference was heightened further still, although the upgrade from the common to the premium, it needs be added, was much more dramatic than was the move from the premium to the luxury liqueur. Even at the scant amount employed in the drink, each choice of liqueur made a significant difference to the taste of the cocktail.

In the end, the question of return on investment still remained. To resolve this, I calculated the cost of the change, using downtown Manhattan liquor store pricing for all three liqueurs in order to achieve consistency. For the amount used in the cocktail, a mere one-half ounce, the move from the triple sec to the brand name liqueur cost an additional 46.1 cents, while the climb up the ladder to the same brand’s luxury liqueur added a more substantial $1.79 to the cost of making the drink.

For anyone who cares about what they drink, the step from the triple sec to the name brand orange liqueur is worth at least 46 cents and most probably a good deal more.

For the next jump, however, I could see how the greater balance and harmony the most expensive liqueur brings might not be worth nearly two bucks, given that the average customer probably would not notice the difference.

Still, for me it was well worth it.