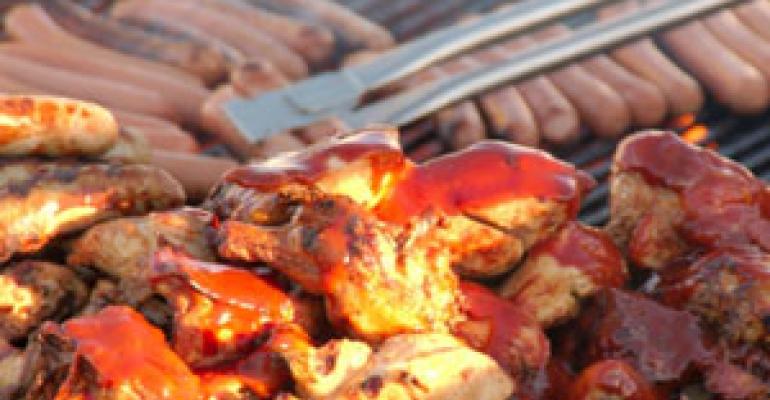 Market research firm Technomic said barbecue and barbecue-related dishes or condiments can provide growth opportunities for restaurants, as consumers continue to enjoy the comfortable, but varied, flavors of the segment.

In its latest "Market Intelligence Report, the Chicago-based Technomic said the popularity and versatility of pulled pork continues, as it shows up on menus more as sliders and on tacos, pizza, baked potatoes, salads and hamburgers.

In addition, barbecue sauce not only is the most popular choice as a condiment for chicken strips and chicken nuggets, but it also appears on nearly 10 percent of specialty pizzas and hamburgers.

“Barbecue is known for its complex mixture of flavors and preparation methods, and the category as a whole represents that same intriguing complexity,” said Mary Chapman, director of product innovation at Technomic. “It is a highly regional and evolving category, with some larger chains declining in sales and units, and other emerging chains poised to take their place.”

While the barbecue category as a whole reported a 6.7-percent decrease in sales in 2009, individual chains that differentiated themselves with ethnic flavors or preparations were able to buck the trend. Technomic cited operations offering Hawaiian or Korean barbecue along with those featuring novel service elements, like the popular Los Angeles food truck Kogi Korean BBQ-to-Go.

American-style barbecue concepts that distinguished themselves as best in class also were able to grow, Technomic found.

Technomic said 70 percent of consumers say flavors imparted by preparation method — such as grilling, roasting or braising — are “appealing” or “very appealing.” Those consumers are attracted to flavors with qualifiers like “savory” or “smoky,” Technomic added, which can be achieved through barbecue preparations like sauces and dry rubs.

Technomic also identified an opportunity for restaurants to create more healthful dishes with flavors customers crave, as barbecue spices or sauces can add flavor without adding much incremental fat.