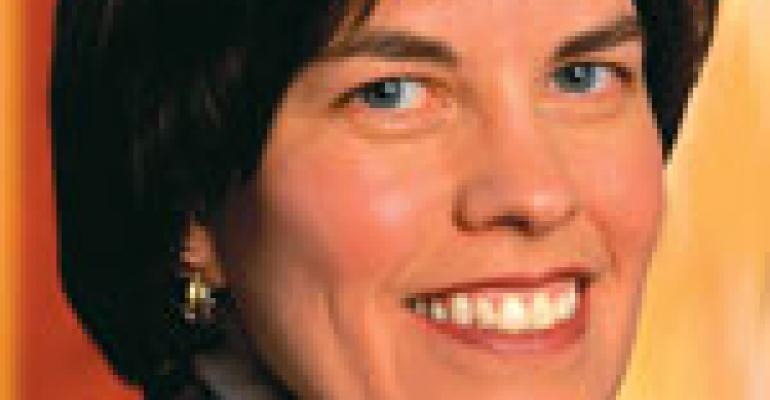 ATLANTA Cheryl A. Bachelder, a one-time president of KFC, has been named chief executive of AFC Enterprises Inc. and president of its 1,878-unit Popeyes Chicken & Biscuits chain. She replaces interim CEO Frederick B. Beilstein.

Bachelder, 51, who has been a member of AFC’s board since November 2006, was chief concept officer and president of Yum! Brands Inc.’s KFC Corp. from 2001 to 2003, with oversight of all U.S. restaurants. She served as vice president of marketing and product development for Domino’s Pizza from 1995 to 2000, and also has worked for RJR Nabisco and Procter & Gamble Co.

Since resigning from KFC about four years ago, Bachelder has worked as an executive coach and consultant, serving such clients as the Women’s Foodservice Forum.

In her new role, Bachelder will lead day-to-day domestic and international operations for AFC and Popeyes. In August, AFC alerted Wall Street that the company’s earnings for 2007 would likely fall below expectations because of declining U.S. sales. The Atlanta-based concern said domestic same-store sales for fiscal 2007 would likely fall 2 percent, after a projected year-over-year decline of 1 percent to 2 percent for the third quarter.

“Cheryl is ideally suited to lead AFC and Popeyes,” AFC chairman Frank Belatti said in a statement. “She is a highly regarded leader with a wealth of strategic and operational experience, and an impressive record of accomplishment from having held leadership positions at some of our industry's most recognizable companies."

Beilstein, a one-time chief financial officer of AFC, has been serving as CEO since Ken Keymer exited the post on March 30 to become chief executive of Vicorp Restaurants Inc., parent of the Village Inn and Bakers Square family-restaurant chains. Beilstein is a managing partner of Equicorp Partners LLP, an investment concern also affiliated with Belatti.

Atlanta-based AFC, which stands for America’s Favorite Chicken, is the franchisor or operator of 1,878 Popeyes quick-service restaurants in the United States, Puerto Rico, Guam and 23 foreign countries.

Bachelder holds both a bachelor's degree and a master's degree in business administration from the Kelley School of Business at Indiana University.