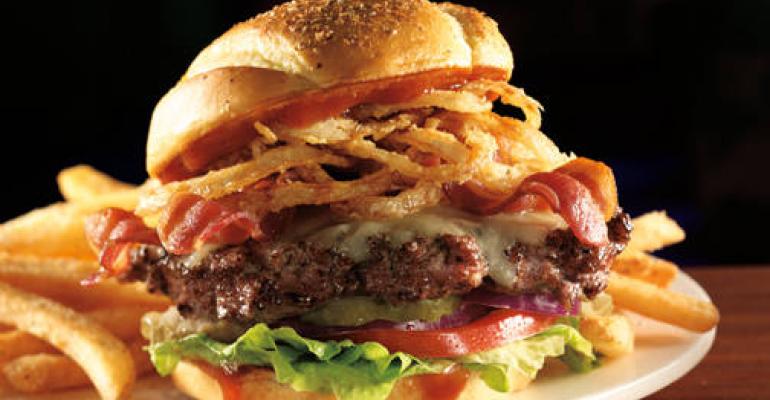 Applebee’s has joined in on the regional burger craze with its new line of Realburgers from Across America line.

The three new hamburgers -- the Philly Burger, the Southwest Jalapeno Burger and the Cowboy Burger -- are an extension of the Realburgers line the 2,000-unit casual-dining chain launched last year, promoting them as made from scratch with 100 percent ground chuck.

The Philly Burger is topped with sauteed onions, peppers, mushrooms and cheddar cheese sauce and served on a toasted hoagie roll.

That launch came a week after the 280-unit Johnny Rockets added The Houston, topped with jalapeno peppers, to its menu, joining The St. Louis, which has applewood-smoked bacon, Swiss cheese, grilled onions, pickles, lettuce and “St. Louis sauce.”