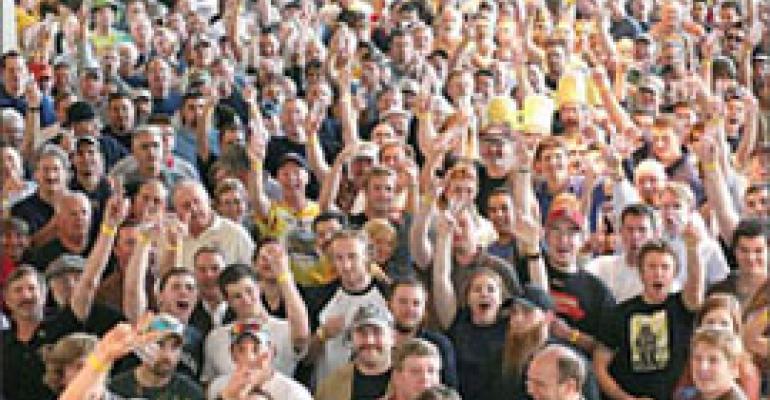 26th Great American Beer Fest to be biggest yet

This month will see the return to Denver’s Colorado Convention Center of the Great American Beer Festival, the largest showcase for beer in the United States. This year organizers say the festival, which will run from Oct. 11-13, will be bigger and better than ever.

Now in its 26th edition, this year’s GABF boasts jaw-dropping numbers, like an expected 1,903 beers available for tasting on the festival floor, provided by more than 400 breweries large and small, from the biggest multinational to the corner brewpub. In addition, more than 900 other beers will be considered in the festival’s broadly recognized Blind Panel Judging.

The volume of craft beer sold in the United States during the first half of 2007 rose 11 percent compared with the same period in 2006, and dollar growth increased by 14 percent, according to the Brewers Association in Boulder, Colo. For getting a handle on what is driving this dynamic industry, there is little better than taking a weekend to experience the diversity of the largest beer festival in the country.