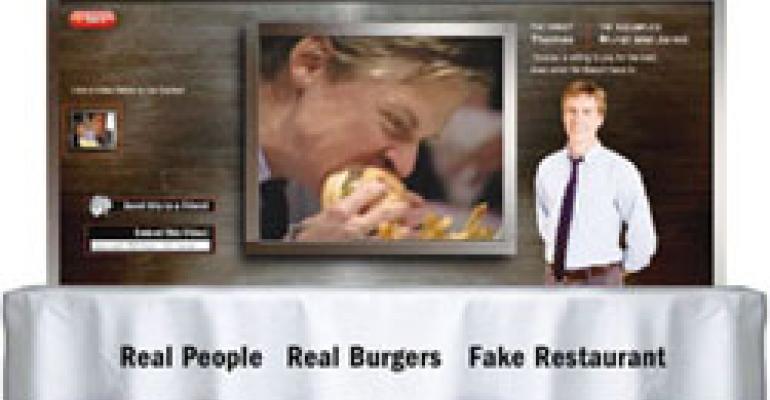 2008 The Year in Review: Ads and promotions

DOMINO’S PIZZA returned its long-lost legacy of quick delivery to its brand message with the January rollout of the “You Got 30 Minutes” campaign. Domino’s, remember, differentiated itself from larger competitors in the mid-1980s with a guarantee of 30-minute delivery, but had to abandon that positioning in 1993 when the chain was ordered to pay $79 million to a woman injured by a Domino’s delivery driver.

The “You Got 30 Minutes” ads, created by Miami-based Crispin Porter + Bogusky, strongly hinted that a pizza would arrive in about 30 minutes or less, but there was no explicit guarantee, ensuring Domino’s wouldn’t be exposed to the same liability.

In one, a man tells his wife the “Domino’s lady just told me we had 30 minutes” until their pizza was to arrive. Decked out in a short, sexy robe, the man asks, “You thinking what I’m thinking?”

His wife asks, “What are we going to do with the other 28 minutes?”

In May, ARBY’S introduced its Arby’s Rescue Brigade ,a social-networking group that brought fans of the chain together via a Facebook page, 15-second viral videos and a microsite, , where people could audition to join the brigade and create profiles of themselves. Potential brigadiers were entered into a contest to win free Arby’s food or a role in a future TV spot when they submitted a profile.

CKE RESTAURANTS INC. and BURGER KING paired the TV spots for their gotcha campaigns with microsites. In CKE’s case, the parents of Hardee’s and Carl’s Jr. went so far as to set up a fake restaurant, staffed with actors, and purported to serve gourmet hamburgers priced between $14 and $20. Actually, the unsuspecting customers really were given the Hardee’s Thickburger and the Six Dollar Burger from Carl’s Jr. The consumers’ reactions were captured on commercials and at the website , both of which advertised prime-rib versions of the chain’s signature burgers.

In Burger King’s “Whopper Freakout” campaign, showed on TV and at , real customers caught on camera at a Burger King unit—by actors dressed as crewmembers, naturally—were told that the chain’s signature Whopper had been discontinued. Customers freaked out and hilarity ensued, as did a successful campaign that Burger King officials said contributed to a 4.2-percent increase in domestic same-store sales for the company’s second quarter.

Late this past summer, Nielsen IAG Research released a study of foodservice commercials that revealed a crucial element to making TV spots that people like and readily recall: kids. DAIRY QUEEN put this strategy to good use, producing three spots, all of which featured child protagonists, that landed in the top five most well-liked commercials.

Commenting on the study’s results, Dan Dahlen of Nielsen said, “Young kids appeal to a wide range of people, not just parents or mothers.”

That study also tracked the most-recalled spots, where Dahlen spotted a trend of “leveraging the brand in a very unusual situation.”

Examples of that phenomenon included TACO BELL’S spot for the Bacon Club Chalupa, where a flirty young woman attracts men in a nightclub by pulling out said Chalupa from her purse. The product lures three dudes right to her like a hummingbird feeder. Another campaign, this time for Red Robin, featured several spots where tour groups are led through the chain’s “Department of Deliciousness,” where the burger lovers are kept away from tempting burgers with electric fences and invisible walls.

EL POLLO LOCO may not have called out its segment-leading competitor, KFC, by name with its “May I Fool You” campaign, but the TV spots disparaging a fictional restaurant serving “greasy fried chicken” didn’t fool anybody as to El Pollo Loco’s intended positioning. The “May I Fool You” spots were meant to emphasize the chain’s legacy of flame-grilled chicken, which El Pollo Loco said was more healthful than KFC’s new initiatives with a not-so-subtle voice-over: “You can’t fake healthy.”

The ads followed KFC’s announcement that it had switched over to trans-fat-free frying oil, its rollout of a Toasted Wrap product and a test of grilled chicken.