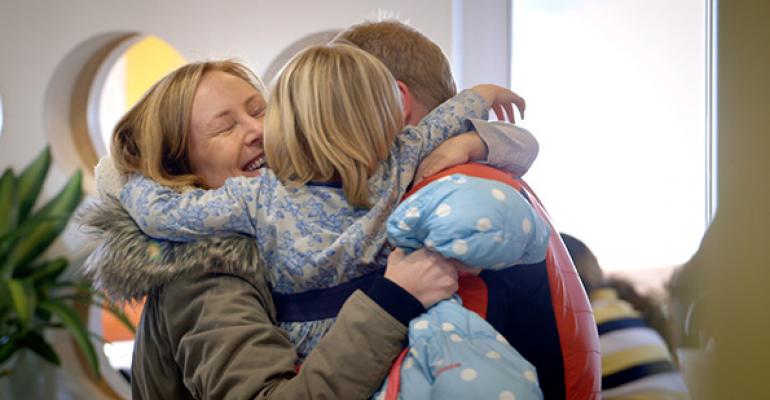 Consumers talked about McDonald’s’ “Pay with Lovin’” promotion more than any other television ad that aired during the Super Bowl, on Feb. 1, but the campaign doesn’t appear to have positively impacted brand perception, according to survey by market research firm YouGov BrandIndex.

McDonald’s unveiled its “Pay with Lovin’” commercials during the Big Game. The promotion, which ran through Valentine’s Day, offered random guests the opportunity to win a free meal at restaurants across the country if they performed various acts of “lovin’,” such as dancing, hugging a family member or giving a fist bump.

The campaign was part of an ongoing effort to update the quick-service chain’s “I’m Lovin’ It” tagline, with an emphasis on “lovin’.”

According to YouGov surveys of more than 60,000 adults, McDonald’s ad captured the biggest word-of-mouth gain of any Super Bowl commercial, with 29 percent of adults saying they spoke about the burger chain with friends or family after the ad ran, compared with 24 percent before the campaign broke.

Surveys also indicated that “purchase consideration” climbed as a result.

On Super Bowl Sunday, 36 percent of adults said they would consider making a purchase at McDonald’s. Eleven days after the ad and its corresponding social media campaign began, that number rose to 39 percent.

“That’s a pretty decent jump,” said Drew Kerr, spokesman for YouGov. While it’s likely that customers hoped to win a free meal, “the fact that they got people talking about the brand to such a huge degree is certainly a good sign for McDonald’s.”

“Whether they were chosen to pay with lovin’ or watched it happen live in a restaurant or in a video, countless numbers of customers have told us how much they have enjoyed this promotion,” Wahl said in a statement. “In fact, we have seen a significant increase in positive sentiment both during and after the Super Bowl with our fans and customers.”

Wahl said McDonald’s is on “a journey of transformation, and Pay with Lovin’ was just one step in how we are engaging with our customers in unique and relevant ways.”

However, YouGov concluded that the campaign has not significantly impacted public perception of the McDonald’s brand.

“The big problem McDonald’s has is having people think in a positive way when they think about the brand — and keeping it that way, maintaining some traction,” Kerr said.

YouGov assesses a “buzz score” by asking if consumers have heard anything about the brand in the last two weeks, through advertising, news or word of mouth, and whether what they heard was positive or negative.

Buzz scores range from negative 100 to positive 100, with zero being neutral.

Before the Super Bowl, McDonald’s consumers had a neutral stance, at around zero. After the chain’s commercial ran during the Super Bowl, the buzz score dipped slightly, to negative 1, over the next couple of days.