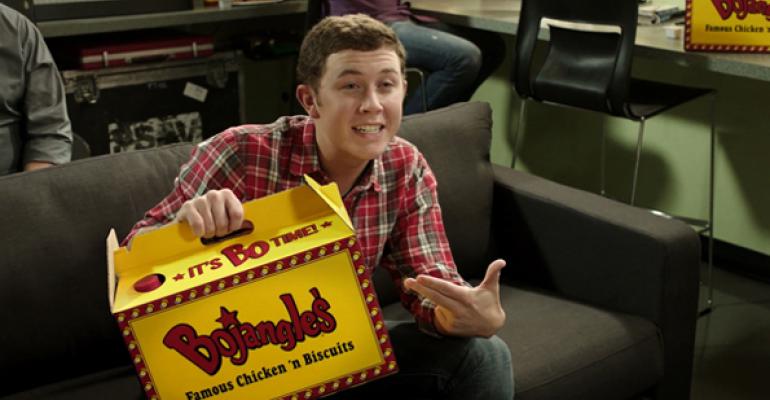 Restaurants ramp up advertising after election

This year&#39;s fourth-quarter ad push comes with added pressure due to the 2012 Presidential campaigns.

Restaurants are not the only brands debuting new campaigns in the past week, as everybody looking to move sales traditionally makes a large end-of-year push, said Jeff Fromm, executive vice president of Kansas City, Mo.-based ad agency Barkley.

“It works in this way because it’s the fourth quarter, and demand is really high for most retail advertisers coming into the holidays,” Fromm said. “Think of all the big marketers that will spend significant amounts of money from now till the end of the year.”

But this year's fourth-quarter ad push comes with added pressure, since political campaign ads kept brands largely off the air in the months preceding the Nov. 6 national election. “Nobody wants to advertise in the days before the election, when they’re competing with one obnoxious ad after another,” Fromm said. “Honestly, there’s such a drain on ad inventory that it’s not surprising [restaurants pulled back from broadcast ads].”

Coming up for air

Bojangles’ had developed the campaign with McCreery’s representation over the summer and had the commercials finalized by late October, but decided to wait on airing them, said Randy Poindexter, senior vice president of marketing for Charlotte, N.C.-based Bojangles’. “We did plan on starting right after the election, because you just get lost in the clutter of all the political ads,” he said. “It didn’t make sense to launch the campaign until after, and then the PR and social-media campaign followed.”

One spot, “Bojangles’ Town,” is a remake of McCreery’s country-music hit “Water Tower Town,” and is a branding spot that also has a seven-second tag at the end for Bojangles’ to promote a pork chop biscuit limited-time offer. The other, “Showtime,” features McCreery and his band enjoying a Big Bo Box combo meal in their dressing room instead of taking the stage before a chanting crowd.

Other chains going back on the air included Carl’s Jr., which ran a branding spot touting its scratch-made biscuits for its breakfast sandwiches, and Little Caesars and Burger 21, which had several new commercials apiece debut in the last two weeks.

Little Caesars’ humorous spots continue the campaign begun earlier this year [http://nrn.com/article/breaking-down-little-caesars-new-tv-campaign] to promote the Hot-N-Ready pizza and to bring back the “Pizza! Pizza!” tagline. One commercial shows a mime successfully ordering a pizza because he does not need to call Little Caesars — he simply could walk in and pick up the Hot-N-Ready.

Burger 21’s commercials are humorous branding spots in which talking burgers discuss some of the new options available at the chain.

McDonald’s also will turn to a menu item to power much of its advertising in the coming weeks, but the sandwich is a popular repeating limited-time offer: the McRib. The chain reportedly will relaunch the sandwich in December.

Differentiating in a crowded space

To break through the flood of campaigns from other restaurants, some brands are taking extra steps to differentiate themselves and others are also taking a holistic approach built around integrating public relations, social media, or print and digital marketing. “The challenge for restaurants is, what makes your brand more inherently interesting?” Fromm said.

Fazoli’s went with an aggressive one-day offer to “Celebrate the Fork,” offering a free Pick Your Pasta entrée for every one purchased on Nov. 12. All month, Fazoli’s is placing life-size forks around its major markets and sending customers on a social-media scavenger hunt to find them. People who find the forks, take a picture of them, upload them to the brand’s Facebook or Twitter pages are entered into a sweepstakes for free spaghetti for a year.

“The election just consumed the majority of the country and made it a natural time for everyone to come out with a campaign afterward,” Hull said, “which is why it was important for us to do something a little bit different. … The continuity of all these campaigns around ‘celebrating the fork’ aligned nicely with the majority of our new food items.”

The product, rolled out just before Veterans Day, was tied to a charity benefiting military veterans, Services for the UnderServed, or SUS. Uno will donate 10 percent of sales of each family-size pizza to SUS, which supports veterans of the Iraq and Afghanistan wars, many of whom were homeless and live with combat-related stress disorders.

“We’ve made it our mission to support the men and women of the military and their families, both here and in Iraq and Afghanistan,” chief executive Frank Guidara said in a statement. “I’m a Vietnam veteran, and I remember what the support of others meant to me during those years. We care, and we do what we can to show it.”

Lexington, Ky.-based Fazoli’s introduced an expanded menu, labeled internally as “More for You,” featuring three lower-calorie options, new chopped salads, two new oven-baked sandwiches, and two samplers: the Spicy Sampler and the Robusto Sampler. The brand of more than 220 quick-service Italian restaurants also began offering a “spice it up” option and a “top it” option for any entrée to allow more customization.

Chief marketing officer Cathy Hull said the Nov. 5 launch date for the new menu fell the day before the election on purpose, mostly to lap its previous menu revamp from the prior year. However, Fazoli’s pushed the start of several marketing programs back after the election. “It was a little bit of a delay,” she noted, “because we knew we’d be out-shouted while the election was going on.”