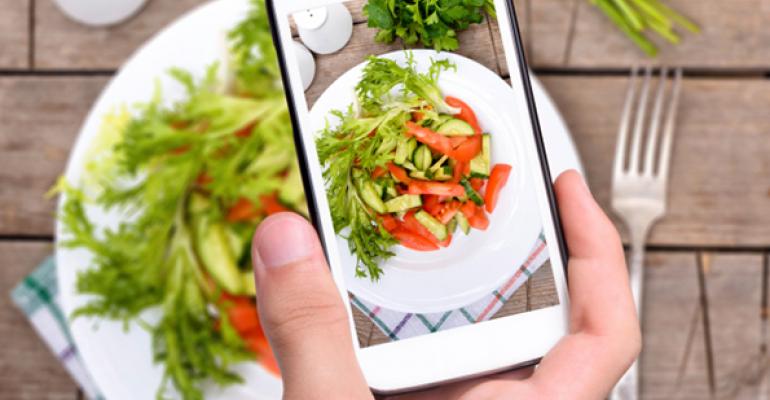 One week into the New Year, restaurant chains know consumers have stuffed themselves silly with holiday indulgences for several weeks and are now looking to cut back.

These days, however, low-calorie menus are standard year-round fare. The challenge of this diet season is to appeal to New Year’s resolutions in a way that stands out from the crowd.

This year, Kansas City, Mo.-based Applebee’s is moving away from promoting dishes below a certain number of calories with its “Pub Diet.”

Although all of the lineup’s dishes have 600 calories or less, it intends to tap into popular trends, as consumers look for items high in protein and fiber, and with superfoods like quinoa.

The four dishes, starting at a value-positioned $9.99, include Pepper-Crusted Sirloin and Whole Grains; Cedar Grilled Lemon Chicken with quinoa, cranberries and pecans; Shrimp & Broccoli Cavatappi in a Parmesan-blend cream sauce; and Savory Cedar Salmon with an artichoke spread on vegetables and steamed potatoes. The menu also includes a SkinnyBee Pomegranate ’Rita, with about 130 calories.

Other restaurant chains have “focused on what they’re taking away, the negative aspects of a healthy lifestyle,” Scott said. “We took some bar-and-grill favorites and gave them a makeover. We still wanted them to be low calorie, because we know that’s important to people. But we focused on the positives.”

The Pub Diet, which is presented in a separate section on the chain’s menu, has replaced dishes Applebee’s offered for years in partnership with Weight Watchers. That partnership ended in November.

Other chains are putting existing healthful items front and center this month.

Dallas-based Corner Bakery Café is promoting its 100 combination meal options under 600 calories with a #SacrificeNothing sweepstakes on Twitter and Instagram.

Through Feb. 23, customers are invited to post pictures of their low-calorie combos. Over eight weeks, one guest per week will win free Corner Bakery combos for a year.

Miami-based Pollo Tropical, is enhancing its reduced-calorie lineup with a marketing push that taps the motivational power of trim young models frolicking on a beach and eating salad.

In addition to traditional TV and radio buys, direct mail and coupons, Pollo Tropical developed a series of custom GIFS for social media to promote its new Tropical Lite menu, with five new dishes at 510 calories or less.

Columbus, Ohio-based White Castle isn’t mentioning calories at all, but made news this month after launching a 99-cent Veggie Slider, which vice president Jamie Richardson told Bloomberg Businessweek was a response to customer demand. Vegetarians gave digital thanks.

@whitecastle Rest assured that we vegans + vegetarians appreciate the veggie sliders. Thx for making us feel like real Midwesterners again.

Denver-based Chipotle Mexican Grill also hopes the resolution to eat less meat is on people’s minds this month. On Jan. 26, customers who purchase an entrée made with Sofritas braised tofu at any restaurant in the U.S. and Canada can redeem their receipt for a free entrée of their choice between Jan. 27 and Feb. 28 — even one with meat.

“When we created Sofritas, our goal was to create a delicious vegetarian option, but we quickly learned that it also appeals to many of our non-vegetarian customers,” said Mark Crumpacker, Chipotle’s chief marketing and development officer. “This promotion is designed to expose even more of our customers to Sofritas and hopefully give them one more reason to love Chipotle.”

Meanwhile, Marble Slab Creamery and Maggie Moo’s Ice Cream and Treatery are thumbing their noses at New Year’s resolutions, taking the opportunity to promote indulgence at a time of moderation.

The Atlanta-based chains, part of the portfolio of Global Franchise Group LLC, have declared Jan. 17 “Ditch Your New Year’s Resolution Day.” Customers can buy one item and get one free if they say they are ditching their New Year’s resolution. They can also claim it on Facebook.

“We actually read that people are more likely to stick to resolutions long term if they allow themselves an occasional treat,” Allison Lauenstein, Global Franchise Group’s vice president of ice cream brands, said in a statement.