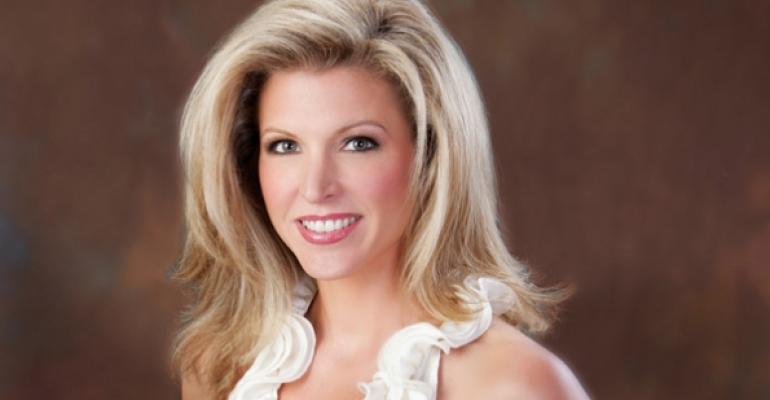 Most successful slogans have dual meanings 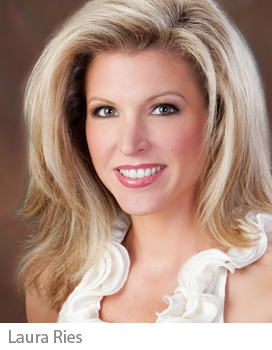 Burger King has invited its agency partners, as well as a number of outside agencies, to come up with a new advertising idea. The fast-food chain is trying to improve its current “Taste is king” idea to bring it more in line with its earlier “Have it your way” slogan.

“Taste is king” is a typical one-sided slogan. It says that Burger King is committed to the idea of serving very good-tasting food. But it doesn’t say anything about the chain’s competitors.

“Have it your way” is a typical two-sided slogan. It says that Burger King will prepare your hamburger the way you like it, while its major competitor — McDonald’s — will not.

A two-sided slogan is like a two-sided knife; it cuts both ways. It says something positive about your brand and something negative about the competition.

Prior to “Have it your way,” Burger King used another two-sided slogan: “Broiling, not frying.” Both slogans were quite effective in boosting Burger King’s sales.

Since then, in spite of a parade of chief executives and a number of different advertising agencies, the chain has not found an idea that could consistently drive sales. Maybe it’s time for another two-sided slogan.

This long-running Papa John’s Pizza slogan is another two-sided slogan. It implies that Papa John’s uses better ingredients, and its competitors do not. It’s one reason the chain continues to have higher per-unit sales than other pizza chains.

“Pizza! Pizza!” is also a two-sided slogan. It implies that Little Caesars sells two pizzas for the price of one. Since dropping its two-sided slogan, the chain has never recovered the momentum it once had achieved.

“Eat fresh” is also a two-sided slogan. It implies that Subway serves only fresh food, and other fast-food chains do not.

On the other hand, “Slicing up freshness” isn’t likely to do much for Arby’s. It’s an idea that Subway already owns, and it’s also a confusing phrase.

It’s difficult to find many examples of two-sided slogans. Too many companies evaluate slogans by asking themselves, “Is that what we want to say about our brand?” They seldom give much thought to what to say about the competition.

Then they compound their problems by changing their slogans as often as they change their advertising agencies.

Take Pizza Hut, for example. Over the years, the chain has used a number of different slogans:

• “Your favorites. Your Pizza Hut.”

None of these slogans are two sided. Nor do many consumers remember any of them.

There’s another reason why two-sided slogans work better than one-sided slogans. Any slogan that promotes a brand and also implies something about your competitors activates two areas in the prospective customer’s brain rather than just one. In other words, the slogan’s dual meaning can greatly improve its memorability.

It's not delivery; it's DiGiorno

This slogan helped DiGiorno become the leading frozen-pizza brand, with a 22-percent market share. Not only does the slogan demonstrate parallel structure, which is always a good idea, but it also has a double meaning. 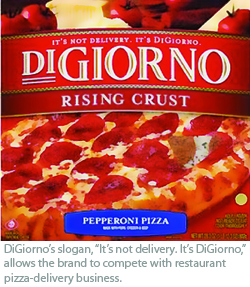 John’s and the other delivery chains. The slogan implies that someone has just commented favorably about the “delivery” pizza. The rejoinder: “It’s not delivery. It’s DiGiorno.”

There’s even a pizza chain with a name that has a dual meaning: The Upper Crust.

When a one-sided slogan can be effective

As with any principle of marketing, there are always exceptions. A market leader, for example, should never bad-mouth its competitors. Nor should it even promote its own brand.

A market leader should promote its general category on the assumption that as the category grows, the leader will get the lion’s share of the increase.

Take “You deserve a break today,” perhaps the most famous slogan in restaurant history. Advertising Age selected this McDonald’s concept as 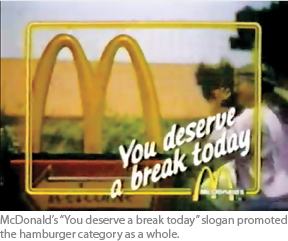 the fifth-best advertising campaign of the 20th century — right up there with campaigns from Volkswagen, Coca-Cola, Marlboro and Nike.

But “You deserve a break today” doesn’t connote anything negative about McDonald’s competitors. It targets the large percentage of mothers with full-time jobs, saying it’s only fair that they should not have to cook dinner on top of everything else. It suggests they take the kids out to eat — at McDonald’s or at any fast-food restaurant.

Leaders should promote the category, not the brand.

In spite of these and many other examples, the current thinking in the restaurant business seems to be that slogans don’t matter.

How else would you explain the dismissive way marketing people refer to slogans? They often call them “taglines,” as if the slogan were an afterthought — just tagged on to the real message.

Whatever you call them, slogans or taglines, what matters is the position your brand owns in the minds of consumers. I often think the real purpose of a slogan is not to influence consumers, but to keep the marketing team focused on the objective of the brand.

In truth, neither a slogan nor a tagline is necessary if the brand has a strong focus on a single, powerful message.

Laura Ries is president of Ries & Ries, a marketing consulting firm located in Atlanta. E-mail her at [email protected].