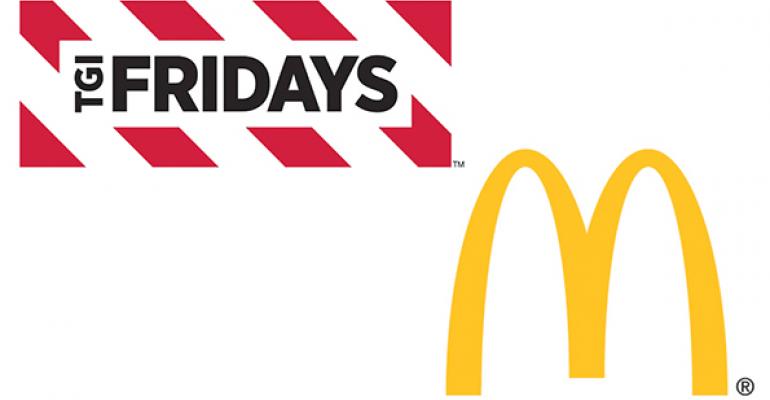 Puppies may have been a winning theme in general for television ads in the first quarter, but “positivity” and delicious-looking food and drink scored big for McDonald’s and TGI Fridays, according to a quarterly analysis by marketing analytics firm Ace Metrix.

Ace Metrix selected McDonald’s’ “Pay With Lovin’” ad and TGI Fridays’ “January” commercial as top ads of the quarter for quick-service and casual-dining restaurant brands, respectively, by evaluating the consumer response to 1,700 television and video ads that debuted between Jan. 1 and March 31.

McDonald’s “Pay With Lovin’” ad, which debuted during the Super Bowl, earned an Ace Score of 706, 21.6 percent higher than the category average. It was also the only commercial to score above 700 during the quarter.

“This quarter included some superior performances by Super Bowl advertisers like McDonald’s and Budweiser, which both had highly likeable ads that tugged at the heartstrings via positivity and puppies, respectively,” Daboll said in a statement.

McDonald’s 30-second spot cost an estimated $4.5 million to produce and launched a controversial campaign that allowed random guests to pay with various acts of kindness.

TGI Fridays’ “January” ad, which highlighted both indulgent and reduced-calorie items on the chain’s Dine and Drink menu, for a value price of $10, scored 695, or 12.8 percent above the category average.

Other brands that scored the highest for their respective categories included Coca-Cola for sodas; Pinnacle Vodka for Spirits, flavored malts and wine; and Android for software and websites.