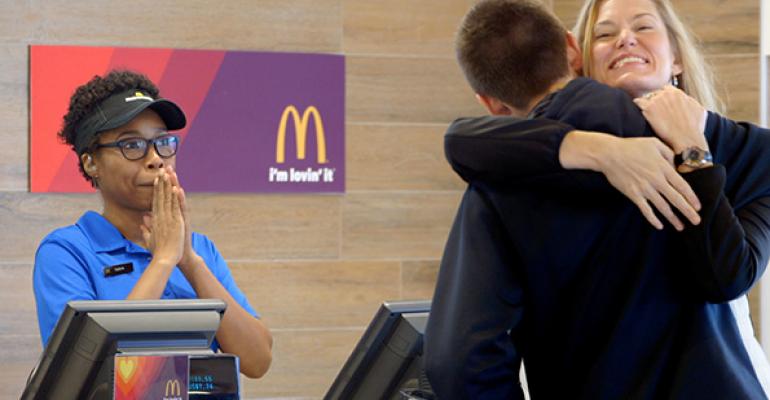 McDonald’s revealed its Super Bowl commercial Friday, which touts a promotion that will let random customers pay for items with “an act of lovin’.”

From Feb. 2 to Feb. 14, Valentine’s Day, any customer in any participating restaurant might be randomly selected for the promotion. Each restaurant’s guest service manager, or “Lovin’ Lead,” will give the chosen customer the option of doing something like giving a fist bump to a crew member, calling someone to express their love or offering a compliment, which the company offers as examples.

Examples of Pay With Lovin’ will likely show up on the company’s social media channels. McDonald’s is encouraging people to share their lovin’ experiences on Twitter or at McDonalds.com.

The promotion is part of an ongoing effort to update McDonald’s’ decade-old “I’m Lovin’ It” tagline with a renewed focus on “lovin’.”

While change is ahead for the brand, observers are watching closely to see how McDonald’s uses its significant marketing muscle to shift perceptions that the nation’s No. 1 quick-service chain is falling behind more progressive fast-casual brands like Chipotle Mexican Grill, Panera Bread and Shake Shack. 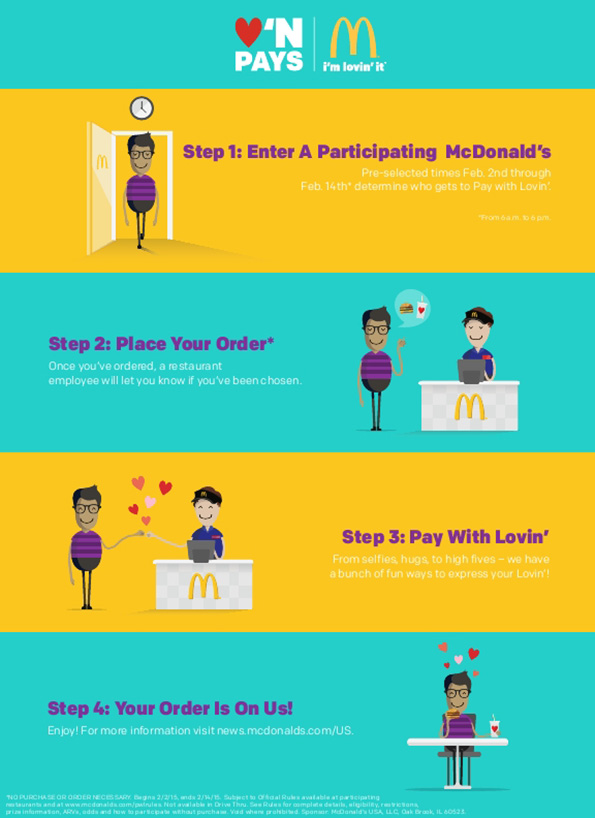